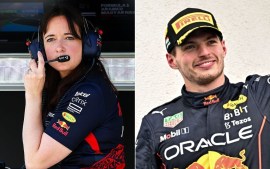 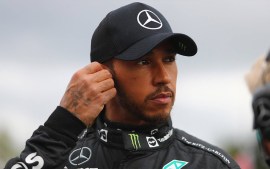 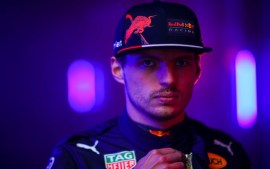 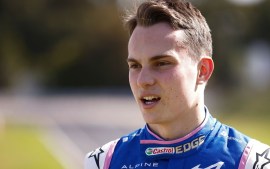 Formula 1: Oscar Piastri DENIES signing for Alpine as the REPLACEMENT for…

Formula 1: Lewis Hamilton and George Russell again finished on the podium at the Hungarian GP as it was a ‘huge’ result…

Formula 1: Lewis Hamilton and George Russell again finished on the podium at the Hungarian GP as it was a ‘huge’ result for Mercedes as they are closing in on second-placed Ferrari in the constructors’ standings. Follow Formula 1 updates on InsideSport.IN

It was ‘hugely satisfying’ after securing yet another second-place finish for Lewis Hamilton as he told reporters, “It’s a great feeling for us, given the year we’ve had. Meanwhile, to see the progress that we’ve started to make.”

Lewis and George finish in P2 and P3 at the #HungarianGP to secure a fantastic result for the team. Get in!!! 👏👏👏@MercedesAMGF1 #WeLivePerformance #MercedesAMGF1 pic.twitter.com/R1A9urKIQj

“Last week [in France], just getting the second place last week was huge for us already. This is now two races in a row that George and I have shared a podium, which is fantastic for the team, points-wise,” Hamilton added.

“To both finish ahead of the Ferraris is huge for us, given the pace that they’ve had. And for me, obviously, starting the race in seventh and getting up here is a great recovery. I think given the troubles we had through the weekend, that shows that we’ve got really great pace,” The seven-time F1 champion added.

The Italians frantically required a perfect end of the week in Budapest, yet it wasn’t to be. Charles Leclerc could have challenged for the win. However, his team put him on hard tyres mid-way through the race which was his downfall as he finished 6th.

It was a vastly improved day for Mercedes, however, George Russell was unable to convert his first pole position into a race win. He still managed to finish in the third spot, one spot behind Lewis Hamilton whose late charge could have even threatened the winner Max Verstappen, had it not been for a late virtual safety vehicle.

Things are solid for the Silver Arrows after a horrible beginning to the season. Subsequent to getting their development wrong on their W13 vehicles, a triumph this year seemed to be unthinkable. However, that is not true anymore, and Hamilton is more certain of adding to his record 103 race wins in 2022.

“That’s what we’re working towards. I think this weekend, there was a potential for a win. You saw George on pole. I think if we had both been up there, I think we probably could have worked a bit better together as a team. One of us would have had to support each other strategy-wise. To take this pace into the second half of the season for sure we can start to fight with the guys. This is the first time we’ve been able to fight and battle with a Ferrari. That’s huge for us. I think the Red Bulls probably still are ahead,” Hamilton further added.

“Max started 11th [sic] and spun and still was 10 seconds ahead says enough about their car. But I think we still have made huge progress and huge steps. And so to have this consistency and two double podiums in these last two races gives us great hope and a huge push for the second half,” Hamilton concluded.