Formula 1: Former F1 driver Jolyon Palmer feels that Mercedes will win a race this season and will give a run for…

Formula 1: Former F1 driver Jolyon Palmer feels that Mercedes will win a race this season and will give a run for the money to Ferrari by pushing them aside from the second spot in the constructors’ standings as the difference between both the teams is just 30 points. Follow Formula 1 updates on InsideSport.IN

Jolyon Palmer in his F1 column said that it’s just a matter of time before Mercedes are back on the top. “Thirteen races in and the trajectory of the team is the clearest of all on the grid they are undoubtedly edging their way towards a first victory of the season, which I predict they will have in the next handful of races,” Palmer said.

“The other benefit Mercedes have is Ferrari’s tendency not to maximise their potential thanks to less-than-ideal strategy calls. The gap between [Charles] Leclerc and the Mercedes duo in the championship continues to shrink after Hungary and the battle for second in the constructors’ championship is also hotting up, thanks to Mercedes’ bulletproof reliability thus far, and their superior strategy. Just 30 points separates the two teams now,” Palmer added.

“Again, Ferrari can blame their strategy for not picking up better results than a mere fourth and sixth in Budapest. Almost inexplicably, Leclerc finished behind both Red Bulls that started 10th and 11th. When the strategy is straightforward Ferrari can handle it, but in a dynamic race situation as the Hungarian Grand Prix was, they seem to hit trouble and lose points to Red Bull and Mercedes. It all means that we head into the summer shutdown with Verstappen and Red Bull sailing away into the distance and Ferrari looking over their shoulders at Mercedes fast approaching, a feat you’d have struggled to believe after the way this season started,” Palmer concluded.

Neither Lewis Hamilton nor George Russell have truly been in dispute for a triumph this year. What’s more, the Silver Arrows’ dominance of Formula 1 looks set to reach a conclusion after eight progressive seasons at the highest point of the heap.

However, everything is falling into place for the British drivers. They have both been on the podium at the last two races, while Russell set up a splendid flying lap in Budapest to get the first pole position of his f1 career.

He couldn’t hold onto that position, as Max Verstappen came charging through in his still better Red Bull than take the success, while Hamilton finished second in front of his colleague. Mercedes have been gaining confidence with each and every race and they now look to leapfrog Ferrari in the constructors’ standings. 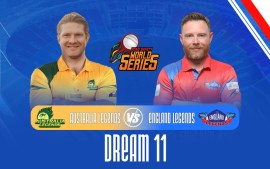 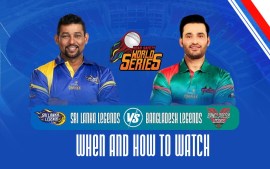