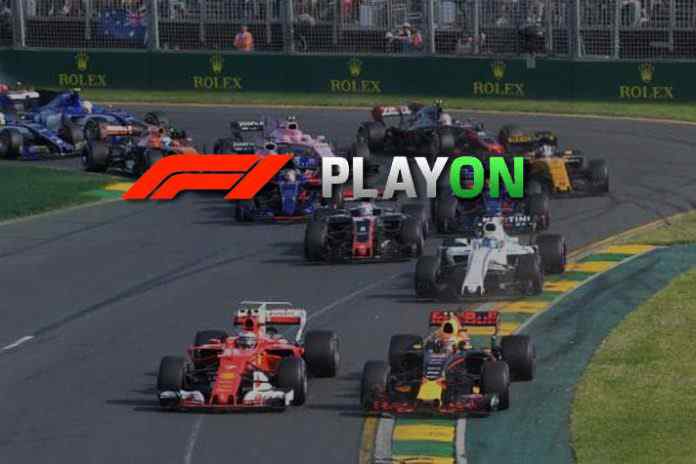 Formula 1 has announced a strategic partnership with PlayON to tap the dynamic and fast-growing fantasy sports market. The deal marks the first investment in an outside company by the world’s top motor racing series.

With this signing PlayON becomes the Official Daily Fantasy Partner of Formula 1 will include the integration of live Formula 1 Grands Prix via F1’s new OTT service F1 TV, onto the PlayON platform in key markets, Formula 1 has stated in a release on their official website.

As part of the tie-up, Formula 1 becomes an equity shareholder in PlayON at a company valuation of $42.23 million (£30m). This marks the first time Formula 1 has taken an equity stake in an external company and is indicative of its new long-term digital strategy.

The Dublin-based international sports entertainment company has registered customers from over 100 countries. On the back of this strategic partnership with Formula 1, PlayON will be entering the US market in 2018.

The partnership allows Formula 1 to make a significant investment in fantasy sports and reach an even wider and younger audience and provides PlayON with access to the millions of Formula 1 fans around the world.

Following the announcement of PlayON as the Official Daily Fantasy Partner of Formula 1, F1 fans can now enjoy two Formula 1 Fantasy games, both of which allows players to become team principal, devise strategy, make the big calls and manage your team throughout the 2018 season.

The Official Traditional Fantasy Formula 1 game is now live at fantasy.formula1.com, with PlayON also operating the first Official Daily Fantasy Formula 1 game, now live at www.playon.co/f1. Both enable you to pick a team of five drivers and one constructor for each race, with points being awarded for finishing positions, positions gained and fastest lap, amongst others. The fantasy team structure is the same for both games to encourage fan interaction between the two.

Frank Arthofer, Head of Digital and New Business at Formula 1 said, “Formula 1 is continuously looking for ways to engage with new audiences, particularly in the digital space. Fantasy Sports is an exciting industry and offers us the opportunity to engage with a young and vibrant fan base. We believe in PlayON, its product, leadership, and its strict approach to regulation, only operating real-money games in territories that have a clearly established regulatory framework in place: this enables F1 to enter the daily fantasy market without concern over legality. We believe PlayON’s approach is the right one for long-term success in the industry.”

Killian Jones, Founder and CEO at PlayON said, “PlayON is pleased to be entering this partnership with Formula 1 – the global appeal of Formula 1 makes it an ideal strategic partner. A key aspect of the deal relates to the live Formula 1 races being present on the PlayON platform. The combination of live sport and PlayON’s daily fantasy games will provide a fully immersive entertainment experience to our customers around the world. PlayON’s goal is to deliver the ultimate digital sports entertainment experience to sports fans and we look forward to working closely with the Formula 1 team in pursuit of this goal. In light of the regulatory environment around daily fantasy sports now being clearly established in multiple US states, PlayON today announces it will enter the US market in 2018 and will establish a US office to fuel our expansion efforts in North America.”