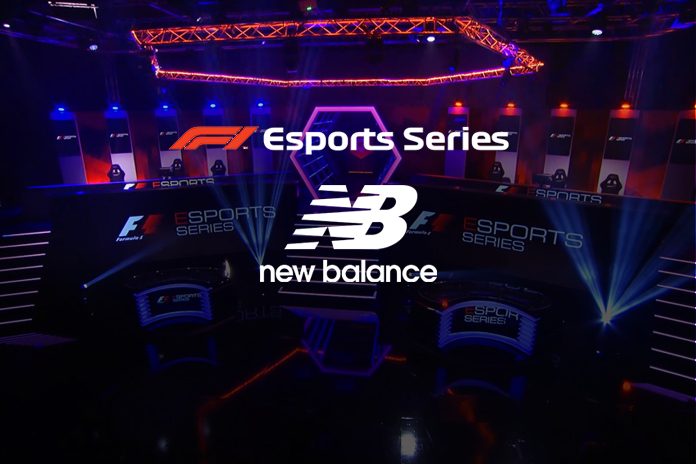 American sportswear brand New Balance has inked a deal with Formula 1 to become the presenting partner of F1 Esports Series.

Under the terms of the agreement, New Balance will be fully integrated into the F1 Esports Pro Series Championship, from activations around the three Pro Series live events to branded digital content. F1 Esports drivers will also be wearing New Balance socks and shoes while racing for their Official F1 teams.

The Championship will consist of three live broadcasted and streamed events, each covering multiple races, held in London in October and November. Just like in the FIA Formula One World Championship, drivers and teams will collect points across the Pro Series to win the Drivers’ and Teams’ Championships, with an overall prize pool of $200,000.

The announcement comes after inaugural F1 Esports Pro Draft that took place in July, where drivers were selected by the F1 teams to compete in the Pro Series. All the Formula 1 except Ferrari are a part of the F1 Esports Series.

Chris Travers, Director of Global Partnerships at Formula 1, said: “New Balance are the global leaders in footwear performance technology and a lifestyle brand that transcends traditional sport. We are thrilled to bring them on board as the Presenting Partner for our inaugural F1 Esports Pro Series: we share the same passion for speed and competition and the desire to reach new audiences. New Balance joins the group of sponsors and partners of F1 Esports Series, which already includes DHL, Fanatec, Codemasters and Gfinity.”

Chris Davis, VP of Global Marketing and Sports Marketing at New Balance, said: “At New Balance, we firmly believe that our partnerships are a reflection of our values. Partnering with F1 Esports initiative exemplifies our commitment to marketing innovation and creating meaningful connections to consumers who desire premium fan experiences across the world.”

“Both New Balance and Formula 1 consistently strive to bring an elevated product to our respective consumer bases – we will collaborate to celebrate craft, thoughtfulness and sophistication. Formula 1 is a truly global, fearlessly independent, tier 1 sport, with a rabid fan base, eager for speed, competition and engaging content. The contagious energy of Esports is real and we couldn’t be more excited to bring this passion to life with the Formula 1 team.”