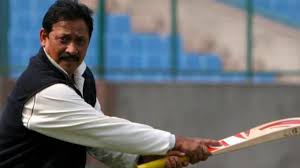 Former Indian cricketer Chetan Chauhan has been put on ventilator support after his medical condition deteriorated on Saturday at the Medanta Hospital in Gurugram.
Chauhan tested positive for coronavirus in July and was initially admitted to the Sanjay Gandhi PGI Hospital in Lucknow, before being shifted to Medanta Hospital. He further developed kidney and blood pressure problems, while still being infected with COVID-19.
“Early morning today, Chetan ji had a kidney failure and subsequently, had multi-organ failure. He is currently on life support. We are all praying that he wins this battle,” a senior DDCA official, who is keeping track of the development, told PTI on Saturday.
Chauhan currently holds the Sainik Welfare, Home Guards, PRD and Civil Security Ministry in the Uttar Pradesh cabinet. He also served as a sports minister in the state in 2019.
During his playing career, the 72-year-old was one of the mainstays in the Indian Test lineup in the 1970s, having appeared for the team in 40 Tests between 1969 and 1978. He scored 2,084 runs in his Test career with an average of 31.57. He also represented India in seven ODIs.
He and Sunil Gavaskar formed a successful opening partnership, scoring over 3000 runs together with 10 century stands in numerous Tests in the 1970s.
Chetan Chauhan played Ranji Trophy for Maharashtra and Delhi and was honoured with the Arjuna Award in 1981.