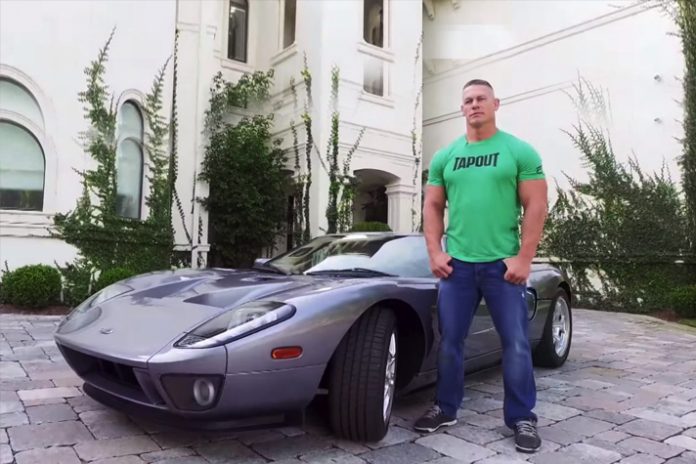 According to TMZ Sports, Cena was sued by Ford for allegedly violating the company’s contract by selling his $500,000 Ford GT.

As per the contract, Cena, who was picked from thousands of applicants for the opportunity to purchase the car, had agreed to keep it for at least two years, before being allowed to sell it.

“Mr. Cena has unfairly made a large profit from the unauthorized resale flip of the vehicle, and Ford has suffered additional damages and losses, including, but not limited to, loss of brand value, ambassador activity, and customer goodwill due to the improper sale,” TMZ quoted Ford as saying.

In his defense, Cena told that he sold the car and other property to pay bills.

However, Ford has now asked Cena to lend all the profit, which he has earned from the car flip to the company. Cena took delivery of the car on September 23, 2017, yet Ford learned that he sold it on October 20, 2017—less than a month after he got it. Cena confirmed to Ford that he had sold it in a phone conversation with a company representative shortly afterwards. He promised to work with Ford to make what they called an “unlawful sale” right, but Ford claims he has not.