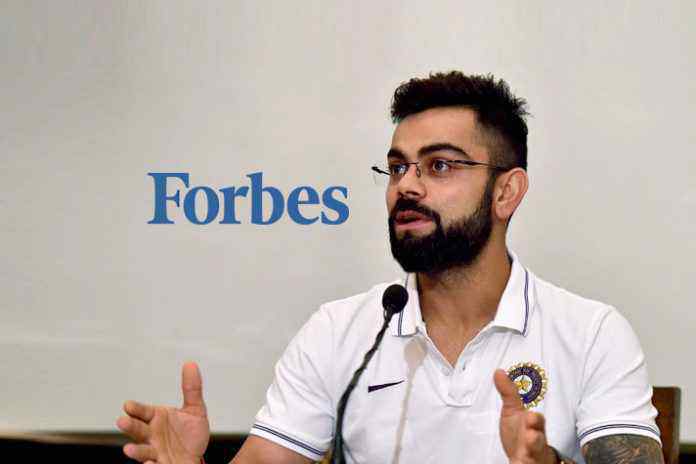 Virat Kohli is unstoppable. Making steady progress on each parameter to assess performance – sporting or commercial. The biggest icon and brand for Indian sports, Virat Kohli has maintained his upswing in the company of elite in Forbes’ list of World’s Highest Paid Athletes.

The batting Maestro has progressed to the 83rd position – a gain of six ranks over the 89th place he held in the previous list. He is the lone representation for India and the sport of cricket in the list of Forbes’ list of 100 highest paid athletes. His gross professional earnings for the one-year period till June 5, 2018, are valued at $ 24 million (₹161 crore) as against $ 22 million (₹143 crore) a year ago. The dollar conversion rate for the two figures is based upon the respective dollar value for the corresponding period.

Kolhi’s income has increased by $ 1 million (₹ 6.7 crores) each in salary/bonus and endorsement deals. This includes his ₹17 crore Indian Premier League contract with Royal Challengers Bangalore and deals with Uber and New Era.

“Kohli isn’t just cricket-crazy India’s biggest name, he’s also one of the most popular athletes in the world, boasting more Twitter followers (25 million-plus) than all but three active sports stars. This year the Indian national cricket board named him as one of just five players to receive the newly created A+ contracts, which guarantee an annual retainer of more than $1 million, and Indian Premier League club Royal Challengers Bangalore recently increased his salary to more than $2.6 million. Yet like the Indian cricket mega-stars who have come before him, Kohli’s big payday comes off the pitch, where he’s partnered with the likes of Puma, Pepsi, Audi and Oakley. In March he became India’s first brand ambassador for Uber, and a month later he partnered with New Era to launch his own signature headwear line,” Forbes has stated in its brief write-up about the cricket icon. 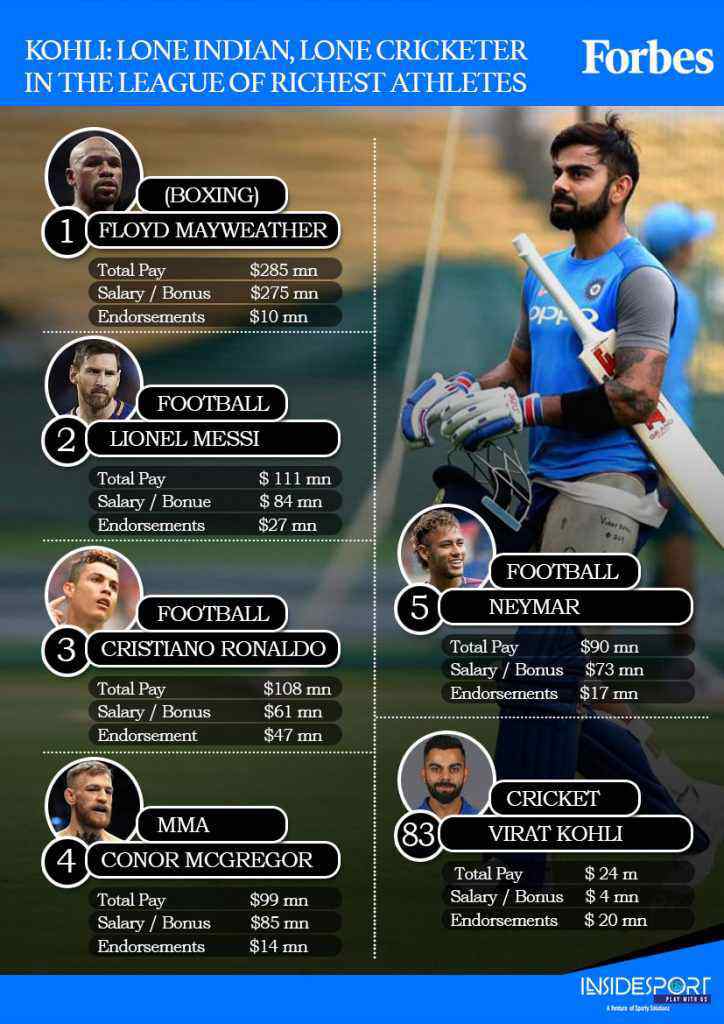 The Indian icon has also left behind the likes of tennis legend Novak Djokovic and Manchester City striker Sergio Aguero, who both hold the 86 rankings jointly for their respective $ 23 million annual earnings.