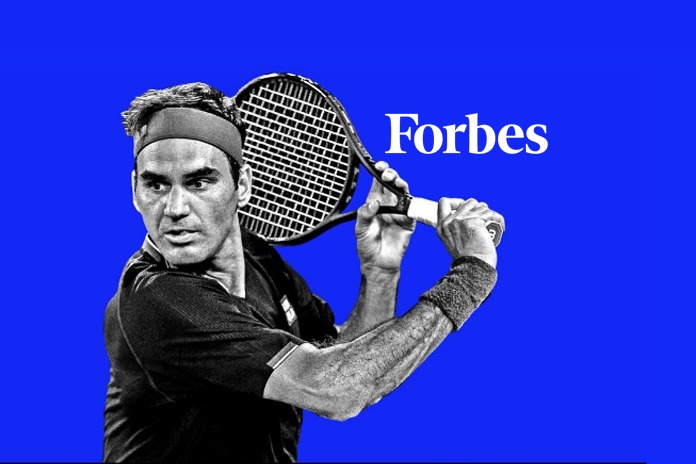 Roger Federer tops Forbes’ annual ranking of the World’s 100 Highest Paid Athletes, as Naomi Osaka becomes the highest-paid female athlete ever. Federer’s ranking as No. 1 marks the first time that a tennis player has held the top spot since the list’s inception in 1990. Federer, who was ranked No. 5 on last year’s list, moved up in the ranks with $106.3 million in total earnings over the past 12 months.

As previously reported, Naomi Osaka’s record-breaking $37.4 million in earnings, makes her the highest-paid female athlete ever. Osaka surpasses Serena Williams, who previously held the title as the world’s highest-earning female athlete. Osaka’s lucrative deal with Nike, which paid her more than $10 million last year, is only one of the many deals she’s signed. The tennis player made the decision to represent Japan in the 2020 Summer Olympics, which has now been postponed until next year. Olympic sponsors like Procter & Gamble, All Nippon Airways and Nissin, have all penned deals with the rising star.

Osaka (No. 29) and Williams (No. 33) are the only women featured on this year’s ranking. It is the highest female representation on the list since 2016 when Williams and Maria Sharapova both qualified. Williams was the lone female star to join the ranking in 2017 and 2019, while there were no women who made the cut in 2018.

“The coronavirus pandemic triggered salary cuts for soccer stars Messi and Ronaldo, clearing the way for a tennis player to rank as the world’s highest-paid athlete for the first time,” said Kurt Badenhausen, Senior Editor, Forbes. “Roger Federer is the perfect pitchman for companies, resulting in an unparalleled endorsement portfolio of blue-chip brands worth $100 million a year for the tennis great.”

Cristiano Ronaldo, with $105 million in earnings, remains in the No. 2 spot on Forbes’ highest-earning athletes list, followed by Lionel Messi (No.3), who held the No. 1 spot in 2019. Rounding out the top five highest earning athletes are Neymar (No. 4) and LeBron James (No. 5), who earned $95.5 million and $88.2 million respectively.

“The global health crisis proves that when the economy fails, even the world’s wealthiest athletes take a big hit,” said Badenhausen, Senior Editor, Forbes. “Salaries and endorsement income have skyrocketed the past decade, but both are headed for precipitous falls, as revenues plummet for major sports leagues and companies tighten their marketing budgets.”

VIRAT KOHLI @ NO. 66 position in the FORBES 100 highest-paid athletes LIST

Virat Kohli’s total earnings have been reported at $26 Million, with $24 Million coming from his long list of endorsements. Notably, Virat Kohli was on 83rd position on the Forbes list back in 2018 and fell down a few places to take up the 100th spot last year but has improved to number 66 this year.