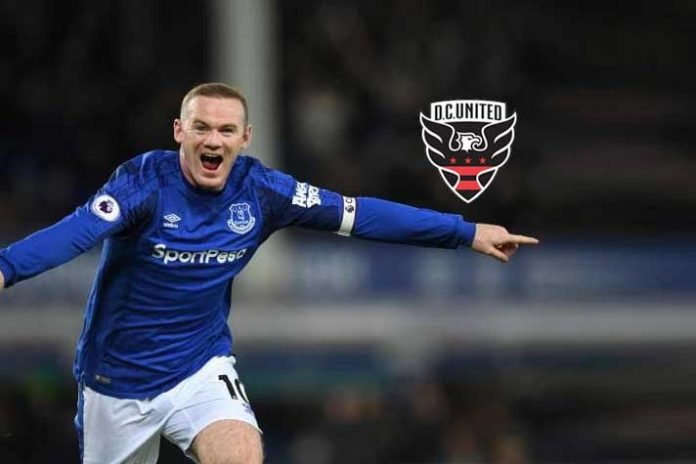 The former Manchester United forward bid farewell to his current team Everton at the end of the Premier League 2017-18 season, before sealing this deal with the MLS club. Rooney, thus, joins the elite list of current and yesteryear greats and legends like Kaka, David Beckham, Frank Lampard, Zlatan Ibrahimović, Steven Gerrard and Thierry Henry among others.

The Premier League legend and former England captain signed a 2.5-year designated player contract, with a club option for one more year. Rooney is expected to make his debut against the Vancouver Whitecaps on July 14 in Washington. He is reportedly set to earn $13 million per season from DC United.

Once a Major League Soccer superpower, winning four MLS Cups between 1996 and 2004, DC United have fallen on tough times of late. At present, they have been relinquished at the bottom of the Eastern Conference, although they have a few games in hand over other teams. Looking at their record over the past few seasons, particularly last year when they finished joint-bottom in the overall standings, they are currently being considered one of the worst team in MLS.

It will be interesting to see if Rooney’s signing will help overturn the club’s jinx for the best.

Wayne Rooney joined the Everton youth team at the age of 9, and made his professional debut for the club in 2002 at the age of 16. He spent two seasons at the Merseyside club, before moving to Manchester United for £25.6 million ($47.36 million) in the 2004 summer transfer window. Rooney won 16 titles, including five Premier League titles, the FA Cup and the Champions League in 2008, during his long and illustrious career with ManU during 2004-17.

Rooney made his senior international debut for England in February 2003 aged 17, becoming the youngest player to represent England (a record since broken by Theo Walcott) and he is England’s youngest ever goalscorer. He has 119 international caps to his name.

Indian fans can catch all the live action Major League Soccer on DSport. The Discovery Communications-owned channel has acquired the Indian rights for the top division football league played in United States and Canada.