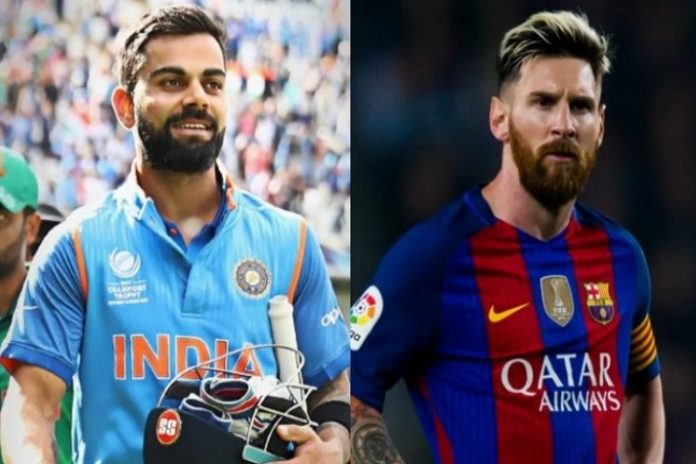 In line with popular opinion, a new tool ‘Footy 100’ confirms football as the highest earning sport in an obvious reference to Lionel Messi being the highest-earning sports star in the world. The tool calculates a sports’ revenue with the financial rewards associated with athletic talent and brand endorsements surpassing those of any other sport.

Virat Kohli with his reported annual revenue of $ 24.7 million puts cricket in the top 10 highest rewarding sports list. The tool Footy 100 has rated a sport on the basis of its highest earning star.

Online Mortgage Advisor’s Footy 100 tool highlights how much football players across different leagues are paid, as well as comparing their earnings to other sports stars, including tennis, rugby and even eSports.

In its ‘In the Pocket’ section, the tool reveals that Barcelona’s Lionel Messi is the highest paid sportsstar in the world, with combined annual earnings of  $126m. While Messi’s yearly salary of $91m may not be the highest on the list, football’s commercial appeal lands him an additional $35m in endorsements and advertising deals.

Perhaps unsurprisingly, given the sport’s recent box office records, boxing came out on top for the highest sporting salary, with Canelo Alvarez making $91.6m per year – just ahead of Messi.

Alvarez’s sponsorships, however, are worth just $1.9m, pushing him down to second place.

The stars and their combined annual earnings are below:

With eSports star Sundstein already overtaking the highest paid rugby player, how long will it be before digital gaming catches up with more traditional sports?

To really put the above earnings into perspective, the tool breaks down what each star earned from their salary versus endorsements. Take a look here.

While Alvarez has the highest wage on the list, it’s Roger Federer that walks away with the highest earnings from sponsorships, at $85.7m.

Even the top earners from basketball and golf – LeBron James and Tiger Woods respectively – earn more in endorsements than Messi, signalling a shift in the common belief that football is the most commercial sport in the world.

When it comes to the highest paid female athlete, tennis again leads the way. Serena Williams is the highest earning female sports star in the world, having made a combined  $29m last year.

Compared to her male counterpart, however, she still slumps behind – Federer made $93.5m in the same period.

It’s in both wages and sponsorships that Serena loses out. Her salary of $3.9m is almost half of Federer’s $7.3m, while her endorsements of $24.7m are over three times less than Federer’s $85.7m.

Tennis may have created the highest earning female athlete in the world, but it has a long way to go in closing the gender pay gap.

Looking at female footballers is much starker, however. While the top earning male footballer, Messi made $126m last year, Lyon’s Ada Hegerberg earned just $705,000. Her $446,000 salary was over 200 times lower than Messi’s, while his earnings from endorsements were 135 times greater than her.

To highlight the wealth disparity between sports stars and members of the public, the tool also compares their earnings with the average salaries of some more common occupations.