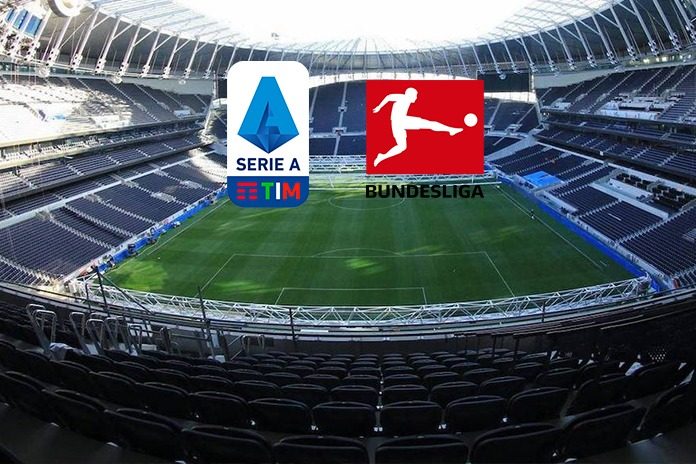 The Covid19 pandemic has stalled all sporting events worldwide. The biggest of the leagues world over are currently in a switch-off mode and even when they return it will be with huge amount of restrictions.
Despite planning to return in May, it’s been reported that Italian league Serie A and German football league Bundesliga will not allow fans back into stadiums until January 2021. All domestic competitions across the globe have been postponed due to the coronavirus pandemic. Italy, Germany along with other prominent European football nations were some of the most effected countries from the COVID-19 virus early on and subsequently suspended their football season earlier than others. Now it looks like Serie A is preparing to follow the steps of the Bundesliga and not allow fans to enter the stadiums until 2021.
Also Read: Sports Business : COVID-19 forced cancellations may cost Serie A € 720 mn

According to a report published in Sport Mediaset, a leaked Government document suggests there might not be fans in Italian stadiums until January 2021.

There are many reports suggesting that Italy’s lockdown restrictions will be eased on May 4, which would allow the players to return to training with a hope of resuming the football season on May 31. There are 12 matches left of the current season with Juventus and Lazio in a fierce race for the title with Inter Milan not far behind.

The German league have similar hope to have all matches completed by the end of June. It has become increasingly clear that the Bundesliga is the major league that is set to return the soonest. In an interview with the New York Times, Bundesliga chief executive officer Christian Seifert revealed that the current plan is for games to return to all 36 grounds in the top two divisions by the start of May.

Spain’s football league, La-Liga is also planning to return sometime in May and may announce same kind of restrictions as planned by Serie A and Bundesliga. The world’s most popular and richest football league, Premier League of the United Kingdom is yet to reveal its plans to resume their league. Though it is being speculated widely in the English media that Premier League also may switch-on in the month of May-June and playing matches without fans will be one of the option they may also opt for.

Lionel Messi: Does Lionel Messi deserve his seventh Ballon d’Or? Here is what Barca manager Xavi had to say

Pep Guardiola 150 wins: Pep becomes the fastest manager to reach 150 PL wins in just 204 games; Stats reveal why he is the...