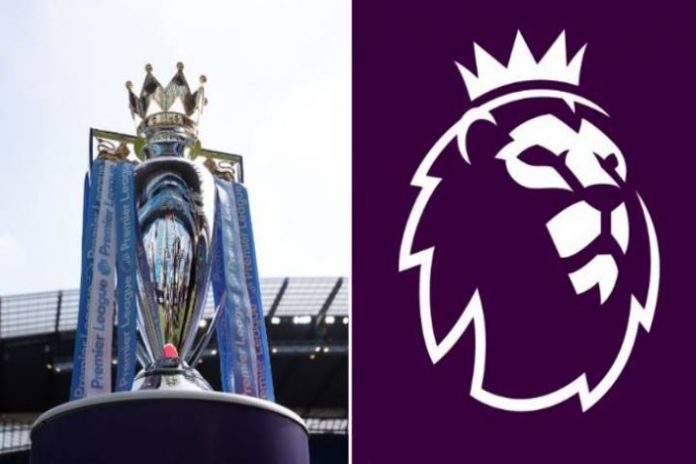 The Premier League could face years of legal challenges if this season is not completed due to the coronavirus pandemic, the chairman of Crystal Palace warned Sunday.
Steve Parish offered public support for the league’s “Project Restart” plans after relegation-threatened Brighton and West Ham expressed concerns about teams being forced to play their remaining games in neutral stadiums.
The league is working with the government to find a safe way for players to resume group training and play games by June at the earliest.
But the French and Dutch league seasons have already been halted by their governments amid ongoing concerns about sporting fixtures spreading COVID-19 infections. While Paris Saint-Germain was crowned French champion last week despite Ligue 1 ending prematurely, Ajax will not be awarded the Dutch title.
“I want to complete the competition for reasons of sporting integrity,” Parish said in a column published Sunday on the Palace website. “I want to crown Liverpool champions and give every other club a fair crack at the best league position they can achieve. I certainly don’t want to have difficult conversations about curtailing, voiding and points per game.
“The ramifications of each are complex and could involve legal challenges that run on for months, if not years. But, yes, it is partly about the money. And we should all care about the money.”
Parish highlighted the “many secondary industries football enriches,” with the Premier League fearing losses of more than 1 billion pounds from an incomplete campaign as broadcasting commitments are not met.
Also Read: Premier League : Arsenal stars return to training after 47 days, watch pics

“Nobody wins if the Premier League receives less money,” Parish said. “Football is one of the most efficient tax-generating industries in Britain: we pay the players a lot but 50 percent goes straight back into the public purse. Overall we pay about 3.3 billion pounds in tax every year and it is the Premier League that largely funds the whole football pyramid.”

The national lockdown remains in place through Thursday in Britain where more than 28,000 people have died in around two months in hospitals, care homes and the wider community after testing positive for the new coronavirus.
Parish’s explanation of “Project Restart” came as the Premier League faced heavy criticism from one of the main pundits for the broadcaster that provides the league’s single biggest revenue stream.
Gary Neville, the former England and Manchester United defender turned Sky Sports commentator, said the Premier League was having a “nightmare” and was “hiding, scared to death of communicating” its plans fully in public. The league has not made any official available for interview since the competition was suspended almost two months ago.
“I want football to return. I also understand the complexities,” Neville said in a response to Parish’s tweet linking to his column. “No one wants to be responsible for this one! Just in case the unthinkable happens. … I’d respect them more if they said ‘We accept the increase in Health Risk but it’s one we are willing to take.’ They won’t as they are frightened to death!”
The Spanish league has been communicating its plans more substantially ahead of players resuming training individually at the clubs’ facilities on Monday while observing a series of safety measures pre-established by the league and local authorities, including regular COVID-19 testing.
There is more uncertainty in Italy where the government has only allowed players in regions containing eight of the 20 Serie A clubs to resume individual training from Monday.
While the leagues in England, Italy and Spain will not start until at least June, the German top flight is hoping to resume this month.
But the Bundesliga’s plans were unsettled by three positive tests for coronavirus last week at Cologne, reportedly including two players.
Cologne has insisted that there is no need for the rest of the squad and coaching staff to go into quarantine.
“The prerequisite for this is, of course, that now that we have started testing, we continue to test consistently, thus ensuring that only those who have tested negatively are part of training,” team doctor Paul Klein said.
Cologne said Sunday that players will only resume training after two consecutive negative COVID-19 tests. 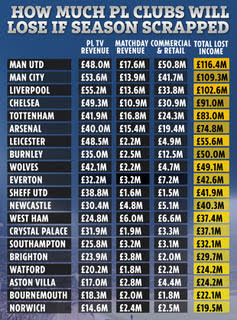