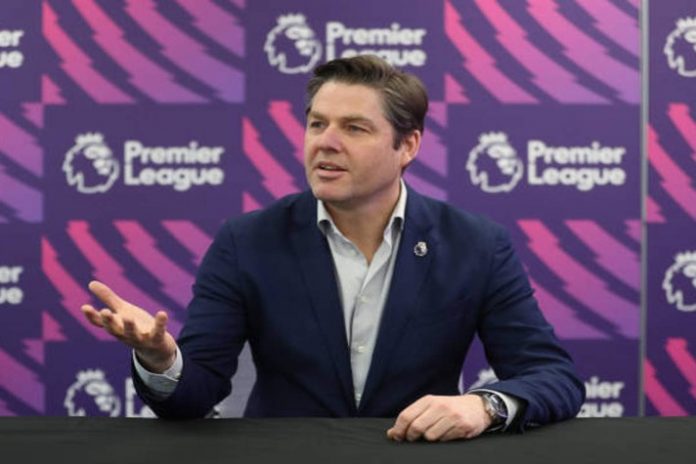 Premier League chief executive Richard Masters will face questions from a British parliamentary committee next week on soccer’s restart amid the COVID-19 pandemic.
The English top-flight resumed playing on June 17 without fans in attendance following a 100-day hiatus because of the novel coronavirus outbreak.
The Digital, Culture, Media and Sport (DCMS) committee on Tuesday will also seek clarity on the financial impact on the English game due to the pandemic as well as the testing and safety protocols in place.
“The restart of football has taken place more quickly than most other sectors, with Premier League games beginning again last week,” the DCMS said in a statement on Friday.
“MPs will question Masters… on the rationale for this, the challenges restarting has presented as well as explore connected issues including football finances, the new coronavirus testing regime and safety.
“The committee will also take evidence on the implications for lower league clubs and the women’s game.”
In a letter replying to British lawmaker and DCMS chair Julian Knight in April, Masters explained how Premier League clubs stood to lose over 1 billion pounds ($1.24 billion) if the competition was curtailed.
England’s top two divisions – the Premier League and Championship – have pressed ahead with plans to complete the 2019-20 campaign, while the third and fourth-tiers opted to curtail the regular season and move straight to the playoffs.
The Women’s Super League was cancelled, with Chelsea taking the title on a points-per-game basis.
The committee will also take evidence from the Lawn Tennis Association’s chief executive Scott Lloyd to gauge the impact on recreational sport and the opportunities the crisis brings for strengthening grassroots tennis.