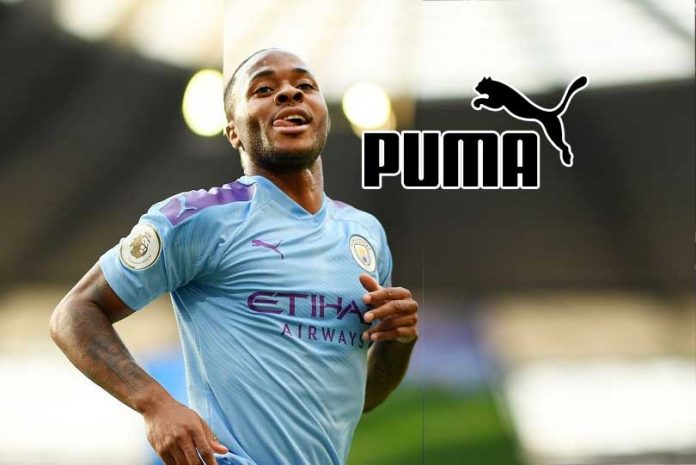 It can’t get any bigger than this. Manchester City and England winger Raheem Sterling is reportedly offered an eye-popping deal worth £100,000,000 ($124,000,000), according to Sky Sports. 25 year old Sterling is currently face of Nike.

If the deal is struck, Sterling would apparently become Puma’s highest paid soccer player and the face of its global marketing strategy in that category. His most recent commercial deal of note saw him ink an agreement with shaving products manufacturer Gillette said to be worth several million pounds.
The Herzogenaurach-based brand already has a 10-year deal in place as Man City’s official kit supplier said to be worth around $809Mn, and it recently added the club’s manager, Pep Guardiola, to its client portfolio. Sergio Agüero, David Silva, and Oleksandr Zinchenko are other City names on the PUMA roster.
That Sterling would prove an attractive proposition to PUMA is unsurprising. Since joining City from Liverpool in the summer of 2015, the Jamaican-born star has gone on to establish himself as one of the world’s best attackers, winning a haul of individual and team awards while establishing himself as a key player at international level.
Away from the pitch, Sterling is a leading figure in football’s fight against racism, with some even labeling him “the most significant sportsman in the UK”. The 25-year-old’s commercial value is already underscored by endorsements with mega-brands such as Pepsi, Gilette, and H&M.
Intriguingly, JAY-Z is currently serving as PUMA’s creative director, meaning a collaboration between the pair is not out of question.
Can Nike match Puma’s offer of 100 Million POUNDS ??

Raheem Sterling’s existing boot supplier, Nike, will have the option to match the Man City’s forward’s record-breaking deal with Puma.

Under the terms of his Nike deal, the American sports manufacturers have a six-month window to match an offer before Sterling moves to a new firm