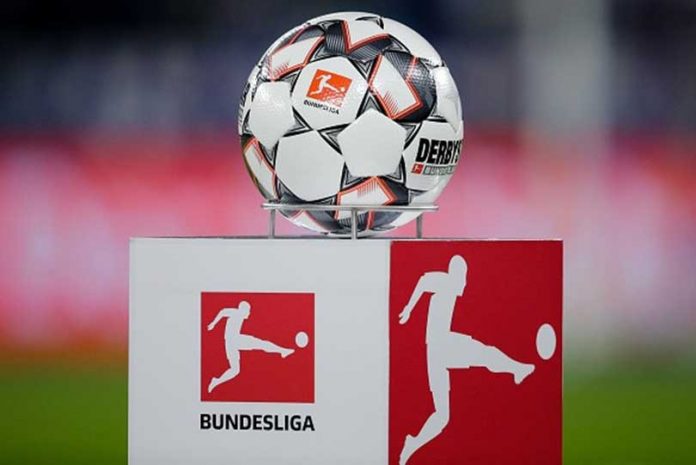 The Bundesliga is set to become the first elite European league to restart following the Covid-19 pandemic shutdown, and the chief executive of the German league (DFL), Christian Seifert, has said the league is ready to get going as soon as 9 May. Though it seems the governing body’s preference was to begin a week or two later, it has made it clear it will be guided by “what the politicians decide”.
Only 322 people allowed in Stadium

For the games, there will be strict controls, with 322 people present in the stadium. This includes 98 in the “interior” (players, coaching and medical staff), 115 in the stands (including media) and 109 more within the stadium perimeter (security, TV production staff).

Press conferences will be held virtually and sinks will be installed at regular intervals in working areas. The task force has also designed an 18-point plan to cover best practice on away trips, which includes banning players from communal buffets or wellness areas, directing them not to touch elevator buttons – elbows have been suggested as an alternative to the index finger – and even designating an optimal temperature and humidity level for the players’ rooms.

Earlier, German FA chief Fritz Keller has insisted the Bundesliga could only resume next month behind closed doors, while supporters have questioned the morality of football returning at all during the coronavirus pandemic. German football was halted on March 13 to help reduce the spread of the coronavirus in the country. With large public events banned in Germany until August 31, the only viable option for league action to resume next month would be in empty grounds — dubbed ‘ghost games’ in German.

The German Football League (DFL) has reached an agreement with “almost all” of its domestic rights-holding broadcasters over instalment payments for this season’s Bundesliga media rights.

The DFL announced the development today (Thursday) as it laid out plans for a potential return to action in May, following the shutdown prompted by the Covid-19 pandemic.

Following an extraordinary general meeting, the DFL said that, after intensive discussions in recent weeks, it has “reached agreements with almost all national media partners regarding the expected payments”.

The statement continued: “In this way, the DFL will be able to provide liquidity to all clubs in the Bundesliga and 2. Bundesliga gradually and depending on the further continuation of the season until the planned end of the season on 30 June.”

However, the DFL stressed that, if the season cannot start again or is cancelled, then “precise mechanisms will be used to return payments” to broadcasters.