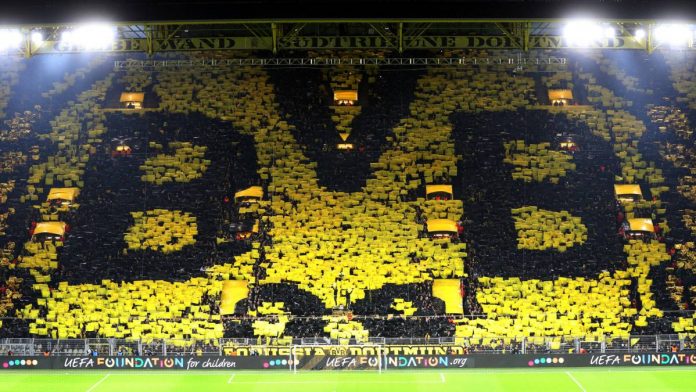 German soccer giants Borussia Dortmund have posted a loss of US$52.2 million for the 2019/20 financial year, largely due to lost match-day revenue during the coronavirus lockdown.

Dortmund, who finished runners-up in the Bundesliga last season to Bayern Munich, were heavily hit by being unable to host fans at their 81,000-capacity Signal Iduna Park as a result of the Covid-19 pandemic, resulting in a major decrease on the US$20.7 million profit they were able to make in 2018/19.

The accounts also revealed that Dortmund’s consolidated earnings before interest, taxes, depreciation and amortisation (Ebitda) amounted to US$75.2 million, US$63.2 million less than the club posted last year.

Football Business :  Borussia Dortmund revenues break up for year 2019-20
– Ebidta amounted to US$75.2 million, US$63.2 million less than the club posted last year.
– The club’s consolidated revenues stagnated at US$441 million.

– Revenue from TV rights, the club’s main source of income, increased by 1.4 per cent to US$202 million

– Sponsorship revenue was also up to US$117 million, a 1.2 per cent year-on-year increase.

– Events and catering income from Signal Iduna Park was up 16.1 per cent, generating US$43.6 million.

– Matchday-related business suffered the most. The club reported revenues of US$ 38.8 million for that sector,
– The club’s transfer business was also reduced, with a net transfer income of US$47.9 million, less than half of what Dortmund brought in the season before.
– Personnel spending also increased by 4.9 per cent

“Of course, we are all poking around in the dark a bit as long as there is no spectator income,” said Watzke.