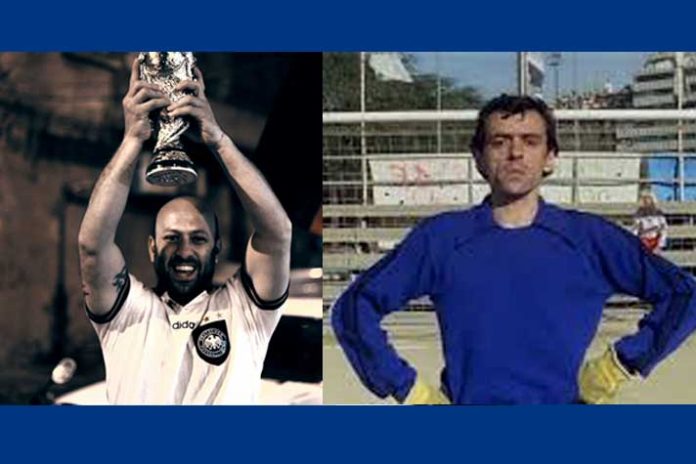 Serendipity Arts Festival 2018 will present ‘Football – A beautiful life’ in Goa from November 22 to 27 as a prelude to the 49th International Film Festival of India. The six-day film programme, curated by Jan Tilman Schwab, will showcase a range of exceptional features films and documentaries from around the world in which human and social stories are told through football.

The 49th International Film Festival of India is scheduled from December 15 to 22.

The film programme will celebrate Football, a game deeply embedded in the history and culture of Goa, which resonates with Goans better than any other sport.

The films will demonstrate the unifying power of football that brings individuals together and creates a sense of community. The screenings cherish the beautiful game and enhance the love for this beautiful life. Spotlighting Goa’s most loved sport through film, the project extends the Festival’s interdisciplinary approach and inclusive community programming that is continually sensitive to the cultural nuances of its host city.

“Football – A Beautiful Life is a gift from the Serendipity Arts Festival to the people of Panjim. I am honoured to be the lucky person invited to curate this unique and free public programme. Football and Film have a lot in common: both are team efforts, both depend basically on motion, both are non-verbal languages that can be understood everywhere in the world. I wanted to present films that have a high educational potential, that viewers can learn something from, whether this be from the film’s content and story, or its form and structure. The films chosen represent almost all continents, and include short and feature films, documentaries, fiction, and comedies that each tell stories of triumph and setbacks. The audience will get opportunities to laugh and weep,” said Jan Tilman Schwab.

The Football Film screening programme is part of a series of multidisciplinary arts activations that will energise Goa in the lead up to Serendipity Arts Festival 2018. Initiatives like these are an integral part of the Foundation’s mission of making the arts accessible and developing arts audiences both in numbers and in diversity.

In its previous two editions, the Serendipity Arts Festival has attracted more than 400,000 visitors creating significant public impact and contributing to the cultural regeneration of Panaji. This year’s programming continues to honour the culture and the arts of the Festival’s host city redefining heritage sites and architectural icons through creative and community-focused projects.

This year the Festival will take place across 10 venues in Goa and involve over 1,300 artists, transforming Panaji into a vibrant cultural space with multiple exhibitions, performances and immersive arts experiences.

Serendipity Arts Festival is the only art event in India which unites the creative disciplines, committed to creating tangible change across the country’s cultural spectrum by engaging the public and increasing awareness of how art can impact society. It also aims to foster the development of thriving artistic communities across India by making the arts inclusive, educational and accessible.

Highlights of this year’s event include theatre performances designed for children, large-scale public installations in the visual arts and photography, a variety of outdoor and evening music performances, culinary workshops and tastings, as well as a range of specially commissioned projects across disciplines which will be exclusive to Serendipity Arts Festival 2018. Projects will unite artforms from different parts of the country, diluting regional divisions and encouraging cross-cultural exchange.