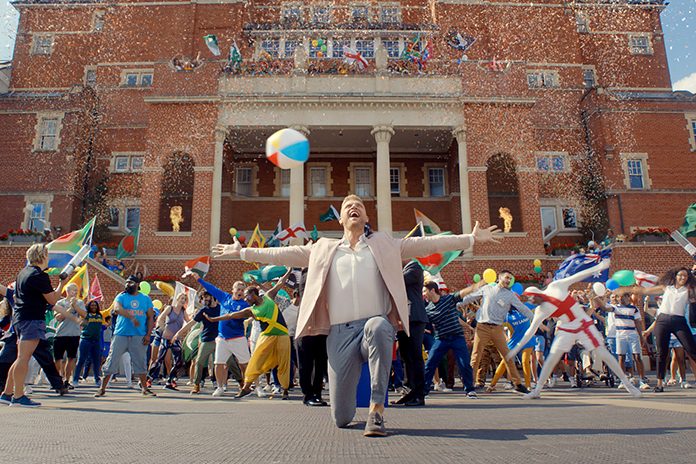 Former England all-rounder Andrew Flintoff has featured in an International Cricket Council video to promote the ICC World Cup 2019 in England and Wales.

The ICC Cricket World Cup carnival is coming to England and Wales next year, and Freddie Flintoff is on top of the world.

“An all-singing, all-dancing cast of cricket fans representing all competing nations joined  Freddie on a cover of Imagine Dragons’ ‘On Top of the World’, inviting the public to join next year’s World Cup carnival,” ICC has stated in an article as the video is released on world governing body for cricket’s official website. “They’re joined by a few familiar faces along the way,”

The video shows Flintoff going through the streets with an troupe of fans, after he reads a newspaper with a headline which said, “Cricket World Cup Is Coming!”

He is joined in the video by around 19 dancers and over 100 fans. The video also features Radio 1 DJ Greg James, cricketers Charlotte Edwards, Phil Tufnell, Kumar Sangakkara and influencers such as Josh Pieters, ReevHD and Danielle Haden.

The ICC has also tweeted the video on its official twitter handle.

The @cricketworldcup carnival is coming, and @flintoff11 can’t help but sing about it! ?

Watch his #CWC19 music video at the link below! ?https://t.co/dwWiWoMVpl pic.twitter.com/frVwBpFsZJ