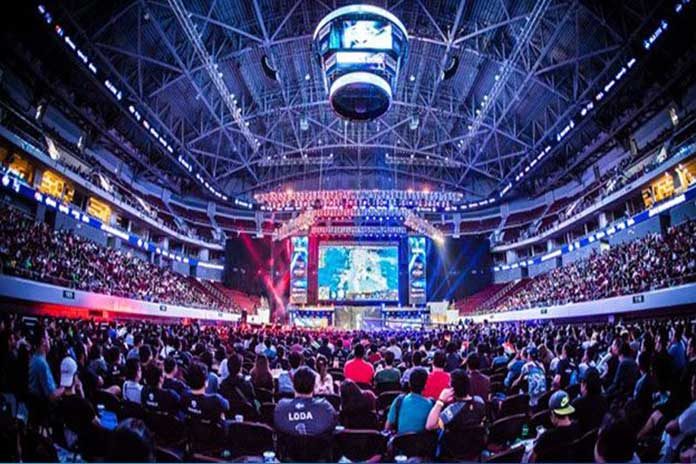 Digital to be the king
In broadcast media technology is continuously having profound impact on production, distribution, consumption, formats and choices. Mobile is emerging as the second screen.

Falling cost of data and vibrant supply stream are changing the modes of content consumptions. Traditional television, terrestrial distribution and cable television will face more challenge as digital will emerge the king. Video–on-Demand (VOD) platforms will be dominating content and amplify their marketing muscle and the distribution ecosystem.

With the largest broadcast business of sports industry having numerous challenges and opportunities to maintain eyeballs among the millennials who prefer non-linear, on demand content consumption digital broadcast mediums will move into the dominating positon.

In the Indian subcontinent Facebook is the sole broadcasting platform for LaLiga. In the USA, Amazon Prime Video has secured rights to broadcast live and exclusive English Premier League matches from 2019-20. Uefa has made broadcast Champions League final free on YouTube. The initial indicators of the digital medium growth are going to be the norm for future when online content will be the king and television, which still is growing, will gradually make way for the online video consumption.

Successful fan engagement amidst the din of an overcrowded marketplace is no easy task. To ignite fans’ attention and build loyalty, brands investing in celebrity endorsements and set-piece marketing events have to get smarter to make themselves heard. Stadium attendances are dwindling and spectators at home are demanding an experience that traditional TV broadcasts cannot always provide. Social media, forums, chat services, gaming, podcasts, live streams, online highlights, and in-play betting are providing both competition and complementary methods of engaging with the sport. The sports industry is responding by creating new digital experiences for fans at home, in the stands or on the move.

Many sports IPs and league owners are working on enriching the live experience with innovative augmented reality applications. Data analytics will be giving fans real-time insights on players and athletes, while technology and apps will be making the in-stadia service and experiences more easier.

ESports (short for Electronic Sports) will soon be a 1 billion dollar business with a global audience of over 300 million. The revenue from eSports is expected to rise from $130m (£100m) in 2012 to $465m (£365m) this year, according to Newzoo, the eSports data expert. The global audience will reach 385 million this year, made up of 191 million regular viewers and further 194 million occasional viewers.

FIFA, Formula1, NBA’s 2kleague have all launched their own eSport events while the world governing body for Olympic movement – International Olympic Council – has been engaged in talks with intel to explore the potential of introducing eSport to the Games. The growing trend will pick more pace in the year ahead.

Federations creating their own OTT platform

Sports organizations have to strike a balance when selling their broadcast rights. Selling to the highest bidder might generate the most revenue, but it risks events going behind a paywall, limiting exposure to existing fans and those who can afford to take out a subscription. Formula One and The England & Wales Cricket Board (ECB) are two of the most high-profile sufferers of this conundrum in recent history, with the latter launching an entirely new competition for Free-to-Air (FTA) in a bid to attract new audiences after more than a decade of Pay-TV exclusivity. FIH is also keen on harnessing the power of OTT platforms to increase the global visibility of hockey.

Sports bodies like NBA and LaLiga and already launched their own streaming platforms. Other sports bodies will follow suit to garner a bigger share from live streaming revenues.

Role of athletes as an influencer

For years, professional athletes have been used to endorse a variety of brands, products, and services. Michael Jordan’s partnership with Nike, recognized by many as the archetypal athlete endorsement deal — which produced a successful spinoff brand — has been modelled by many other partnerships that have resulted in contracts worth several billion dollars. Brands are taking notice of lesser-known nano-influencer athletes, and athletes from other different influencer tiers to promote their campaigns as well. It builds and scales a measurable fanbase of millions of people, whose trust in the influencer inspires purchasing decisions and actionable engagement related to the influencer’s opinions, recommendations, and affiliates. These days Virat Kohli and Rohit Sharma are the biggest sporting influencers in India.