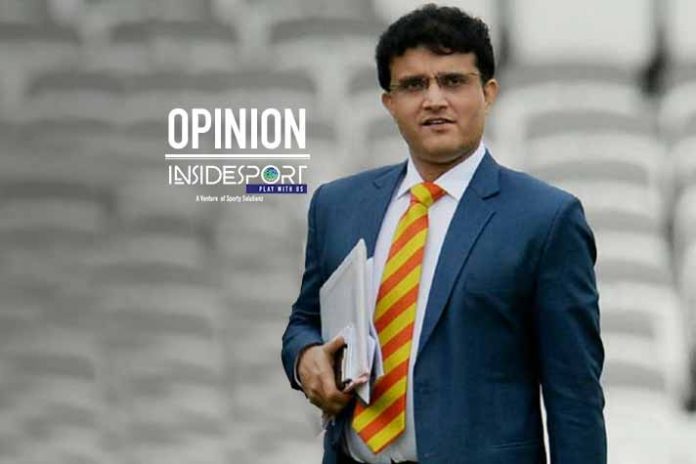 Come Thursday, the Maharaja of India Cricket Team will formally be anointed the president of the Board of Control for Cricket in India. For a period of ten months – unless the present rules to determine the tenure of an Indian cricket administrator are amended.

Spelling his priorities, Ganguly has put the task to clean the mess that the BCCI has become during three years of governance – or lack of it – under the Supreme Court-appointed Committee of Administrators high on his agenda. He will also have to bear the burden of millions of expectations – ranging from co-administrators to fellow cricketers and the last man on the pedestal – the fan who makes cricket in India so formidable.

Challenges are many, which Ganguly needs to address with utter care and commitment as they can potentially determine his success or failure as the BCCI president.

Also Read: It’s Kohli’s call whether he wants rest for Bangla T20s, will speak to him…

Wish you were there when yo-yo test was in demand: Yuvraj to Ganguly

The International Cricket Council has missed no opportunity to snub India and harm its interests, including slashing BCCI’s larger share in ICC revenues, ever since the Committee of Administrators has been running cricketing affairs in the country.

Finding no representation in the working group that will recommend on revisions in the ICC governance structure is the latest blow to BCCI’s position in world cricket.

Former BCCI president Shashank Manohar in his present position as the ICC supremo has not missed an opportunity to enhance his own clout in international cricket at the cost of India’s interests. He has been instrumental in diluting the “Big Three” revenue share model, which assured higher percentages in ICC’s revenue shares for India, Australia and England.

Ganguly’s relations with Manohar have never been cordial. He had opted out of the Test match against Australia in the 2004 series at Manohar’s hometown Nagpur. The official reason was an injury. But in fact, Ganguly was allegedly not happy with the green top pitch offered for the match as it would have only helped the visitors.

Read: Ganguly as BCCI president can bring about a lot of improvements, feels Saha

To strike the right balance with Manohar and help BCCI regain its prestige and strength in the ICC will be an uphill task for the new BCCI  supremo. This will need a multi-channel approach.

Supreme Court-recommended conflict of interest clause has virtually made senior cricketers desist from any responsibilities in the Indian cricket establishment. Ganguly himself had been a “victim” of the controversial clause as his professional positions as the Indian Premier League team Delhi Capitals’ mentor and as an expert commentator with cricket broadcasters had come under scanner after he joined BCCI’s three-member Cricket Advisory Committee along with Sachin Tendulkar and VVS Laxman, who too faced conflict in  their roles with IPL entities Mumbai Indians and Sunrisers Hyderabad respectively.

The rule has to be diluted, modified or done away within the best interest of cricket and cricketers.

The decision cannot come at the BCCI level alone. The board president will have to get all stakeholders on the same page. Fellow cricketers will be looking up to him with a lot of hope.

Lodha Reforms, three years of the Committee of Administrators in the BCCI office and Supreme Court diktats have not been enough to keep the old guard completely out of Indian cricket administration.

Even the move to have Ganguly as the BCCI president was mastered by a former board chief Anurag Thakur, whose exit from the board following marching orders from the Supreme Court has been extremely unceremonious. His brother Arun Dhumal is the board treasurer now. Ganguly had around him the yesteryear BCCI strongmen – ex-TNCA and BCCI president N Srinivasan, former BCCI secretary Niranjan Shah and ex-IPL commissioner Rajiv Shukla – as the “kingmakers” while filing his papers for the board election.

It is difficult to enforce a new vision without forcing the old guard out of the new system. Will the BCCI chief be able to keep him fully out of the range of the “remote control” that had triggered the move to place him in the seat of power?

How will he keep Test cricket in India alive and happening? The just-concluded India-South Africa Test series has virtually seen lesser ticket buyers than the number of runs the two teams have collectively put up during the three Tests. Less than 1,500 tickets were reportedly sold for the Ranchi Test.

Cricket Association of Bengal, from where Ganguly has just stepped down as the president to take up the BCCI responsibility, is offering lucrative packages to school kids to lure them for the Test match against visiting Bangladesh next month.

Regenerating spectators’ interest is not just a challenge for the BCCI, but a global responsibility in the best interest of the game.

Irrespective of the fact that the man credited with making Team India a formidable side in all aspects of the game will now be wearing an administrator’s hat, fellow cricketers would expect him to think like a player in the best interest of players.

Ganguly though has already hinted at a change in his approach. By his own confession, he would speak with Virat Kohli like the BCCI President as the two meet on October 24, Thursday, at the BCCI headquarters when the former Team India captain will formally take the charge as the boss of Indian cricket.

Ganguly has also hinted at bigger roles for ex-cricketers while responding to congratulatory messages from Yuvraj Singh and Harbhajan Singh, to name a few. If he is able to find fellow players some role and say in cricketing matters, that will be one vital step in the best interest of the game.

Diplomacy has never been the forte of the tough cricketer who had the spine to take out and swing his shirt at the historic Lord’s balcony. With Ganguly being in the driver’s seat, many benevolent and supporting decisions for the players are not ruled out. However, response to the ones which do not go down well with the players is going to be a bigger question?