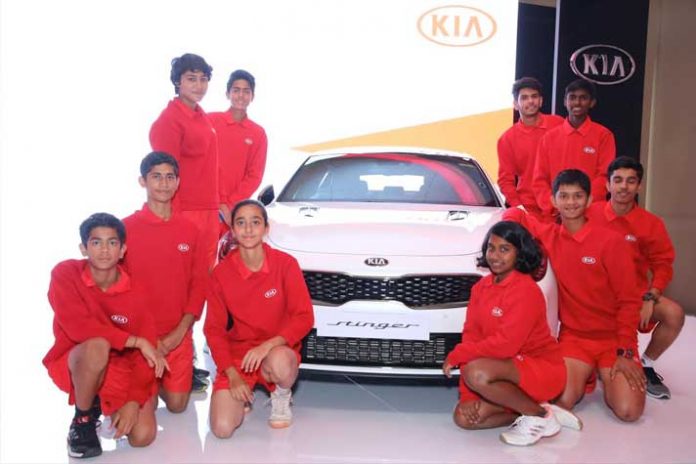 Five kids from Delhi and one each from Mumbai, Chandigarh, Haryana, Hyderabad and Lucknow, including four girls, have been selected to represent India as the Official Kia Ball Kids for the Australian Open 2019.

India’s Davis Cup captain and multiple Grand Slam winner Mahesh Bhupathi proclaimed it as a huge boost for Indian tennis as Kia Motors revealed the kids at a Press meet in the Capital today (Tuesday)0.0

Bhupathi had played a key role in shortlisting 100 boys and girls across the country, before taking up the mantle of mentoring them. He is going to train them now to carry out the duties of Ball Kids while enjoying a Grand Slam event among the world’s top tennis players.

The initiative brought to India for the first time, witnessed staggering participation, with over 2,000 young tennis enthusiasts from across the country taking part. Ten kids were finally selected by Australian Open last month.

The company had opened up entries for the program in October, with the aim of celebrating its long-term commitment to the game while also providing a global platform to young tennis enthusiasts.

The first set of trials were conducted across four metros – Bengaluru, Delhi, Mumbai and Kolkata. They were put through five rounds of tests, including Rolling the Ball, Speed and Agility test, Spider Drill, Throwing the Ball and Communication skills.

“I am very happy to see the overwhelming response from young tennis enthusiasts for the Kia Australian Open Ball Kids International Program. I believe it will boost interest among kids towards tennis while also giving these selected kids an opportunity to experience the sport at its highest level,” Mr. Kookhyun Shim, Managing Director & CEO of Kia Motors India, said.

“I am thrilled to be part of this exciting initiative and am sure that this program will foster tennis amongst the young talent of India. It is a once-in-a-lifetime opportunity for kids and will definitely motivate them to enhance their skills and make India proud in the years to come,” Mahesh Bhupathi said at the event.

A number of the sport’s giants, including John McEnroe, Roger Federer and Mahesh Bhupathi himself have served the game as ball boys before going on to become its legends. With an aim to nurture the next tennis superstar from India, Kia plans to continue the Australian Open Ball Kids program in India.