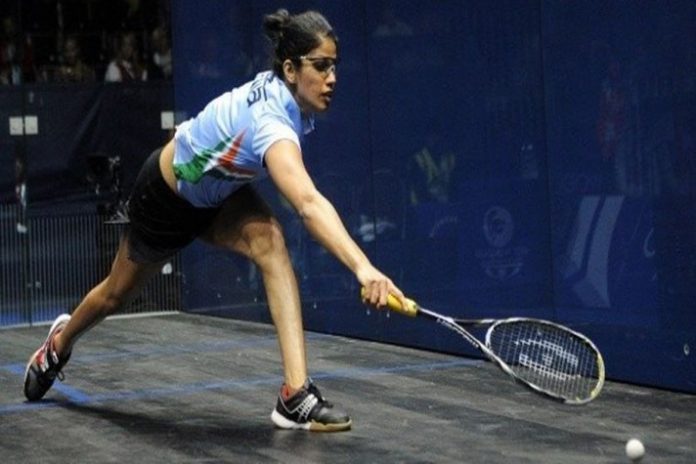 India’s leading female squash player Joshna Chinappa is working harder than ever as the world number 12 aims to break back into the top-10 of PSA rankings, starting with a good showing in the World Championship in Cairo.

The 33-year old, who achieved a career-high ranking of world number 10 in 2016, will be competing at the World Championship starting on Thursday .

“I am looking forward to competing at the World Championship. I would like to break back into top 10 this season, better my career high rank of 10 and take it from there,” Chinappa told PTI in an interaction.

Chinappa will face 42nd-ranked Haley Mendez of USA in the first round followed by either Mariam Metwally (27) or Ho Tze-Lok of Hong Kong. In the pre-quarters, the Indian could face world number 2 Nour El Sherbini of Egypt.

“Right now, I am seeded 12 in the tournament. I have a couple of tough first and second round matches. I have the current world No 2 in my pre-quarter, so, right now, I am just looking forward to take it match by match,” she said.

The world number 12 player said she is also looking forward for to representing her country in the upcoming South Asian Games (SAF) starting in December.

“After the World Championships I will go to the UK to train for few weeks. We have been informed that we have SAF Games coming up. And hopefully I can be part of Indian team that plays there in Nepal.”

Indian players have been training without a full-time coach ever since Egyptian Achraf Karargui left on a bitter note ahead of the Commonwealth Games last year.

Talking about the standard of Indian squash presently, Chinappa, who won her 17th national title in June, said the competition at the domestic level has got a lot stronger.

“I have been playing nationals for a long time, the competition has gotten me lot stronger especially in the last few years. You have Sunayna (Kuruvilla), Tanvi Khanna, and a bunch of other girls who have improved a lot and they are playing in professional tour.”

The Chennai-based player, who has been spearheading India’s challenge in international events for more than a decade, want to carry on at least till the 2022 Commonwealth and Asian Games.

“At the back of my mind, I still have the Commonwealth Games and Asian Games in 2022, that I would like to compete in and win medals for India there. Yeah… that is what motivates me, and exciting times in squash and I really hope to do more for the game,” Chinappa added.