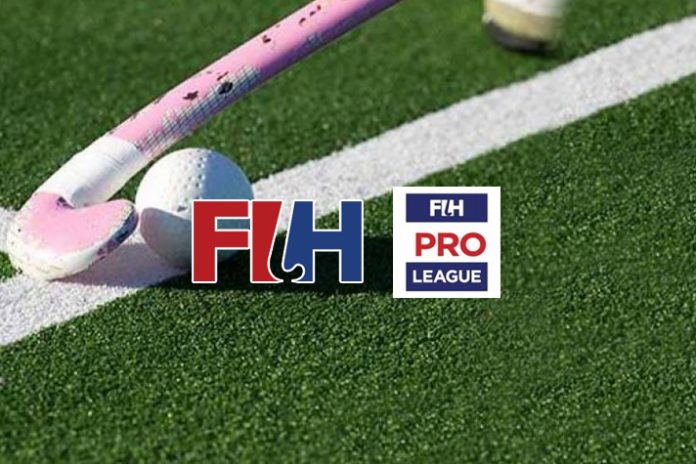 The International Hockey Federation (FIH) has announced the proposed venues that will host the FIH Pro League during the 2019 season. Pakistan, facing security issues in the terror-struck nation, will play their “home games” in Glasgow, Scotland.

Over 20 venues across 11 nations will host matches next year, providing a global spread of world-class hockey, across multiple time-zones, from January to June in this new ‘game-changing’ competition.

The power of home will be key to success in this event, with packed stadiums throughout the season providing a huge boost to teams playing in front of their nation’s fans. The ticket sales will be launched shortly, FIH has stated in a Press release. 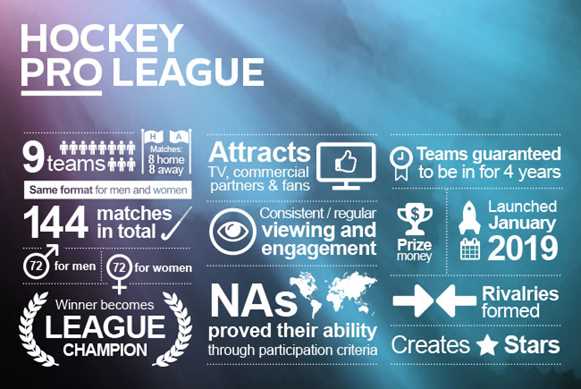 Argentina has proposed to play their men’s and women’s home matches in three locations – the Cenard in Buenos Aires, Cordoba’s Estadio Municipal and the Estadio Mundialista de Hockey Luciana Aymar in Rosario.

Belgium are planning to play their men’s and women’s matches at the Wilrijkse Plein in Antwerp and at Royal Uccle Sport in Brussels.

China women will play at the venue of this year’s Women’s Hockey Champions Trophy – the Wujin Hockey Stadium in Changzhou, a city located 185km east of Shanghai.

Germany have so far proposed Hockeypark in Moenchengladbach and a venue in Krefeld as hosts for their men’s and women’s teams for FIH Pro League matches.

Great Britain will build on the success of recent events at Lee Valley Hockey and Tennis Centre in London’s Queen Elizabeth Olympic Park. Their men’s and women’s matches will be played in the venue that provided the stage for the hugely successful Vitality Hockey Women’s World Cup London 2018 which concluded earlier this month.

The reigning women’s World Cup and men’s European champions, Netherlands, will play matches in Amsterdam, with several other locations also being considered.

Pakistan men have chosen Scotland as their home for the FIH Pro League. Their matches will be played at the Glasgow National Hockey Centre which hosted the 2014 Commonwealth Games.

Spain have proposed two venues for their men’s matches – Club de Campo Villa in Madrid and Estadio Beteró in Valencia – the latter also host of one of next year’s Women’s Hockey Series Finals.

USA women will play their home matches at their national team’s base at Spooky Nook Sports Complex in Lancaster near Philadelphia, with one match also being played at Wake Forest University in North Carolina.

These venues have been proposed based on comprehensive requirements outlined by the FIH, which include criteria specific to location, pitch performance, seating capacity and lighting levels for TV coverage.

These were established by the FIH to ensure the quality of the venues and provision of a unique fan experience, with a key focus on the safety and wellbeing of athletes and the performance aspects of the facilities. With such high standards required, some of the mentioned venues could be subject to change.