India vs USA Live – FIH Pro League LIVE, India WIS 4-0: Indian women’s Hockey team ended their FIH Hockey Pro League campaign on a high as they defeated USA 4-0 in the final league game on Wednesday. With the victory Indian finished the campaign at the third spot, while USA finished at the bottom of the table. Follow FIH Pro League Live Updates on InsideSport.IN.

Vandana Katariya (39th, 54th) scored a brace, while Sonika (54th) and Sangita Kumari (58th) sounded the board once for India. USA started the match on a bright note and secured the first chance of the match as early as in the second minute, but Elizabeth Yeager’s high shot was easily saved by India skipper and goalkeeper Savita.

The Indians too had their chances soon after but Sharmila Devi wasted a golden opportunity as she failed to beat the USA goalkeeper from close range. As usual, Salima Tete was a live wire from the right flank, creating chances for her side with her defence-splitting runs. The Americans secured their second penalty corner in the 11th minute but wasted the chance.

USA once again started positively after the quarter break but the Indians drew in confidence as the match progressed. India secured their first penalty corner in the 23rd minute but failed to execute the set piece. The Indians kept on attacking thereafter and earned two more penalty corners but the end result was the same as both the teams failed to break the deadlock at half time.

Three minutes into the third quarter, India secured a penalty corner but Navneet Kaur’s trap shot after initial fumble from the stopper was saved easily by USA goalkeeper Kelsey Bing. But it was Janneke Schopman’s girls who broke the deadlock in the 39th minute when Vandana got a faint touch to deflect in Gurjit Kaur’s flick from India’s fifth penalty corner.

The Indians had numerous chances in the last two quarters and scored three goals in a span of four minutes to seal the match. First, Vandana scored an open goal from a build up from the right flank and then seconds later, Sonika found the USA net from a goalmouth melee from another attack from the right.

India skipper Savita soon made a double save to deny the Americans from a penalty corner. Young Sangita too registered her name in the scoresheet with a fabulous field goal in the 57th minute. The last chance of the match fell before USA in the form of another penalty corner but they wasted it. The win will boost India’s confidence ahead of the Women’s World Cup to be co-hosted by the Netherlands and Spain from July
1 to 17.

It was a quiet start to the match, with both teams trying to create space in each other’s striking circle, but without causing much damage. It was the USA who came up with the first real attack in the 10th minute when Megan Rodger’s run on the left flank earned themselves a Penalty Corner, but missed out on converting it. Two minutes later, India also won their first Penalty Corner of the match, but Gurjit missed out on converting the opportunity, thus ending the quarter at a 0-0 stalemate.

The Indian team showcased their attacking intent immediately at the start of the second quarter and had a chance to break the deadlock, but the USA defence kept the ball away from the goal. In the 21st minute, the USA earned back-to-back PCs, but the Indian defence unit kept the USA at bay. 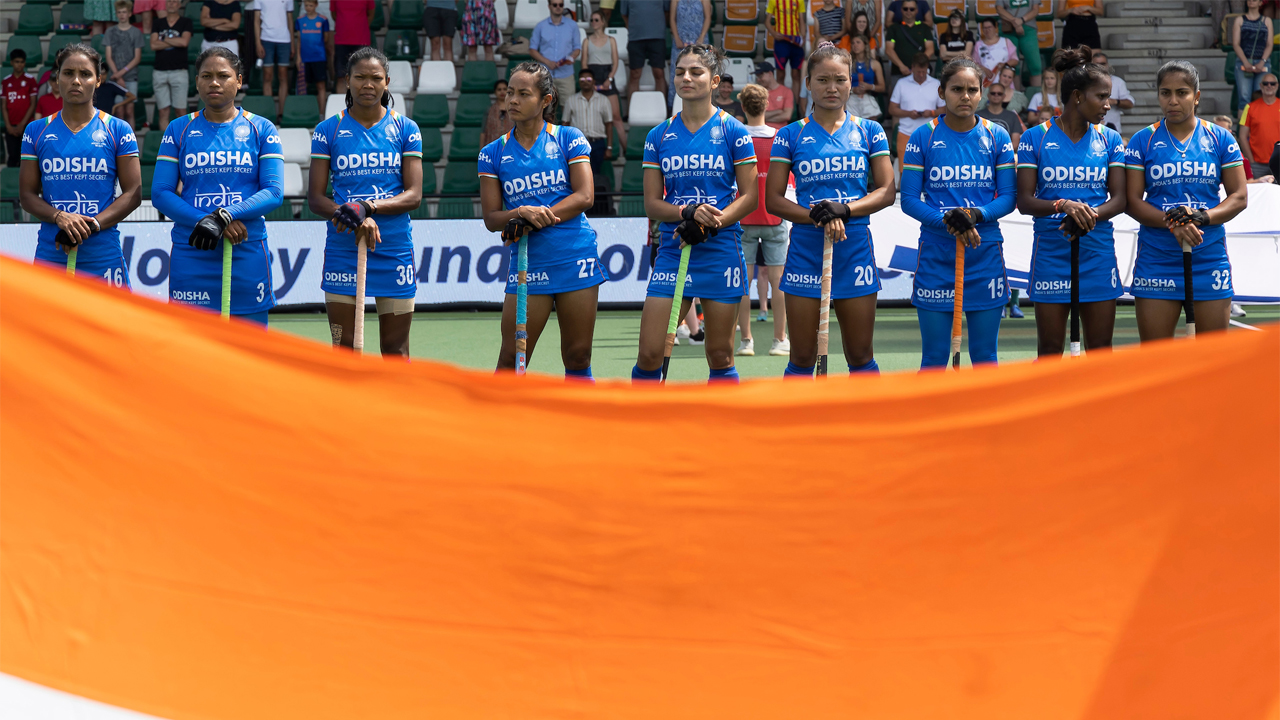 India responded quickly and created potential goalscoring opportunities but USA defence once again nullified their opponent’s every attempt. They even earned their second Penalty Corner of the match but missed out on converting it. The USA, on the other end, went on to break the deadlock with just two minutes left for the second quarter to end. An aerial ball by Erin Matso into the Indian circle found Danielle Grega at the right place and the right time to deflect the ball into the net to give her team a 1-0 at the end of the second quarter.

Trailing by a goal, India came out all guns blazing and scored two back-to-back goals in the first two minutes of the second half. While the Vice-Captain Deep Grace Ekka scored the equaliser in the 31st minute through a Penalty Corner, forward Navneet Kaur scored India’s second goal in the 32nd minute of the match.

The Indian team rode on the momentum and earned a Penalty Corner in the 36th minute. However, Gurjit’s attempt was yet again blocked by the USA defence line. Slowly taking control of proceedings, India went on to make the scoreline 3-1 through Sonika in the 39th minute.

However, the USA tried to fight back and their efforts got paid off as they won a PC with just seconds left for the third quarter. It was Natalie Konerth who found the back of the net on the rebound to make it 2-3 at the end of the third quarter.

The USA started the final quarter aggressively and created a chance early on, but young goalkeeper Bichu Devi averted the danger. Experienced forward Vandana restored India’s two-goal lead on the counterattack in the 50th minute. The USA, not giving up easily, earned yet another PC in the 53rd minute, but failed to convert it. The Indians took control of the game in the closing stage of the game to seal a clinical 4-2 victory at the end to consolidate their spot at the third place in the points table with 27 points.

The Indian Women’s Hockey Team will take on the USA on 22 June in Rotterdam, Netherlands. 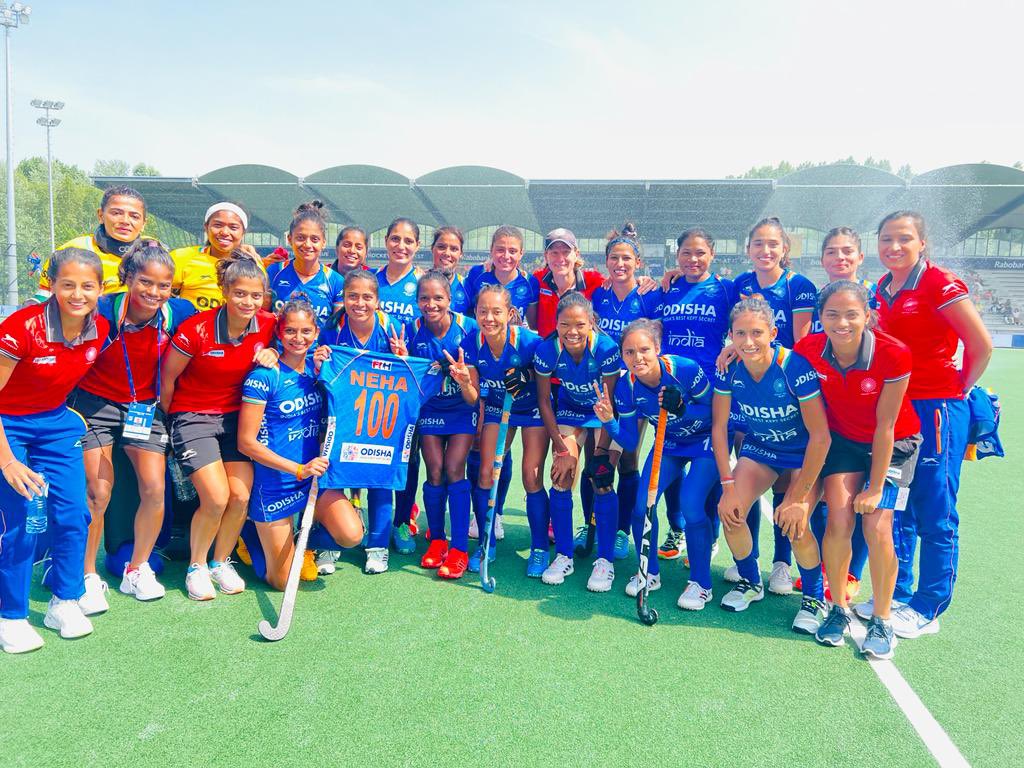 Where can I watch India vs USA FIH Pro League Live?