Argentina won the FIH Pro League crown, finishing with 42 points from 16 games, 10 clear of second placed Netherlands, who still have two games remaining. The Indians continued to occupy the third position in the standings in their debut season with 24 points from 12 games.

FULL-TIME in the Netherlands!

After a solid performance until the end, our Women’s team was defeated by Argentina!

In the first match on Saturday, the Indians had dished out a spirited performance to stun Argentina 2-1 in the shoot-out after a 3-3 stalemate in regulation time.

Their confidence on a high after the terrific win a day before, India continued in the same vein and put pressure on the Argentine defence early on.

Not just in attack, the Indians produced a brilliant show in the backline too, at least in the opening two quarters with the Savita Punia-led defence thwarting a number of Argentina attacks.

The two teams fought tooth and nail in the first quarter but failed to break the deadlock.

It was India who broke the stalemate in the 23rd minute, scoring through a counter-attack with Salima Tete showing her rapid speed by cutting through the Argentine defence before taking a shot that deflected in off opposition goalkeeper Belen Succi’s stick. 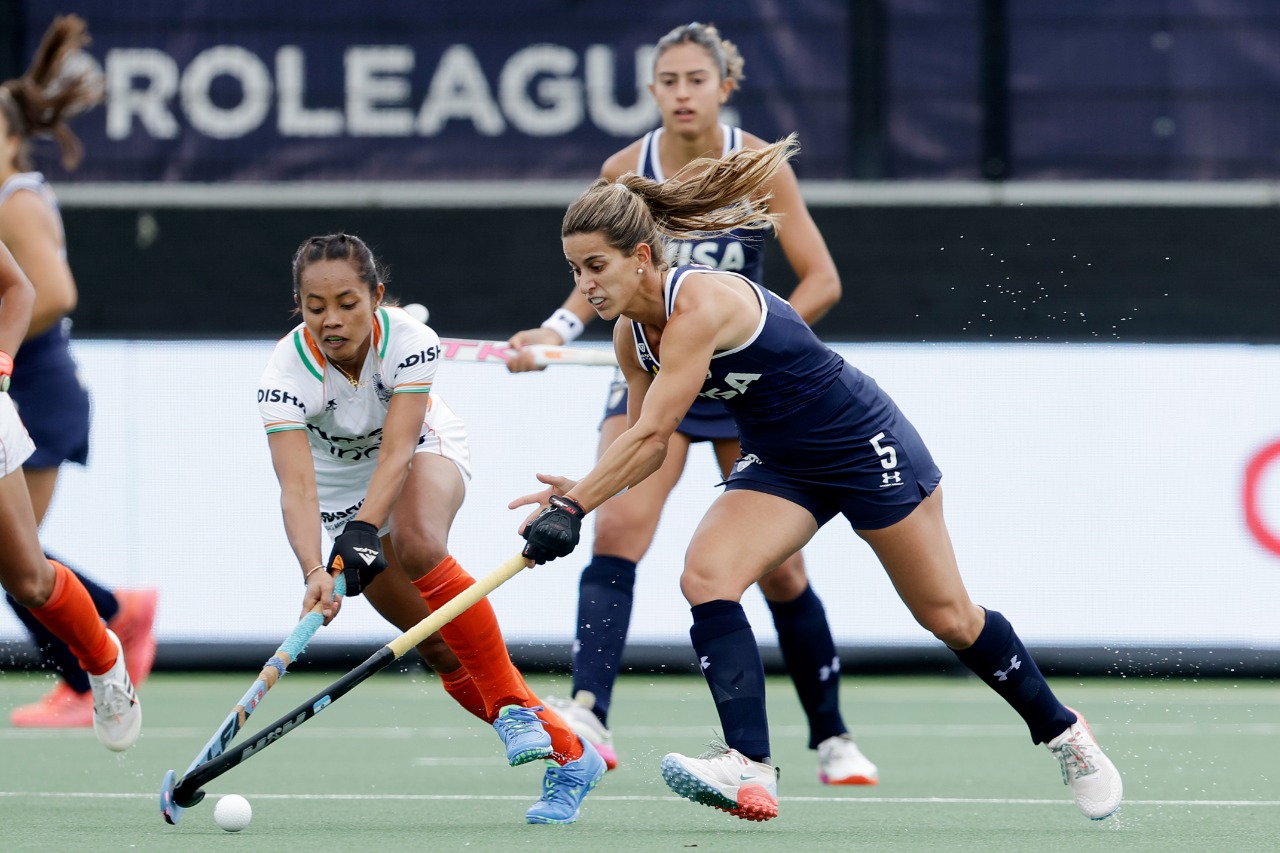 Three minutes later, Indian custodian Savita made a fine save to keep her side’s lead intact. A cross from the left found Julieta Jankunas in space and she tried to tap the ball in, but Savita changed directions quickly to make a terrific save.

Thereafter, Argentina had three shots on goal but failed to get past Savita.

After the change of ends, Argentina came out attacking and controlled the game for a major part of the third quarter.

The Indians struggled to match the pace of the Argentina players and play was mostly centred inside the Indian half.

In the 37th minute, Savita once again came to her side’s rescue by denying Jankunas from close range.

But Argentina were not to be denied a minute later when Delfine Thome did enough to loop the ball over a stretched Savita after she was set up by Sofia Toccalino’s brilliant run from the right flank.

Argentina then scored twice in a span of three minutes from two penalty corners to take a 3-1 lead.

Eugenia Trinchinetti first scored from a fantastic variation in the 41st minute and then, two minutes later, last match’s hat-trick scorer, Agustina Gorzelany, sounded the board from another set piece.

But India were no mood to give up without a fight as three minutes later, Deep Grace Ekka scored from a penalty corner with a fierce slap shot to reduce the margin to 2-3.

The Indians played their hearts out till the final hooter and in the 55th minute, Vandana Katariya came close to restoring parity from a counter-attack but her reverse hit was saved by Succi.