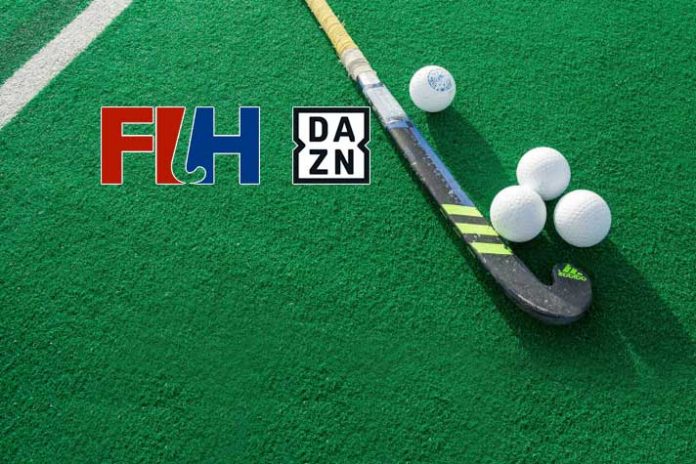 The International Hockey Federation (FIH) has renewed its media rights agreement with DAZN for a period of four years (2019-2022).

The rights include all FIH Pro League matches, the Olympic qualifiers and the Hockey World Cups 2022 – both Men and Women – for the territories of Austria, Germany and Switzerland.

FIH and DAZN first entered into a media rights agreement back in 2017. “FIH is delighted to extend its working relationship with DAZN. This partnership will help us to increase the exposure of hockey. In particular, it will contribute to promote FIH’s brand-new competition, the FIH Pro League, our global home and away league involving many of the world’s best hockey teams,” commented FIH CEO Thierry Weil.

Thomas de Buhr, Executive Vice President DAZN DACH said: “The multisport approach has been part of DAZN’s core DNA right from the start. For fans of smaller sports, often in the shadow of major sports, it’s nice to know that DAZN is home to all sports fans. Field hockey has been an integral part of DAZN since 2017 and we look forward to accompanying the German national teams on their way to the Olympics 2020 and beyond.”

DAZN is a subscription video streaming service owned by Perform Group. The service is dedicated to sports, offering live and on-demand streaming of events from various properties. It was first launched in Austria, Germany, Japan, and Switzerland in August 2016, and in Canada the following year. It was launched in the United States and Italy in 2018, and will launch in Spain and Brazil in 2019.