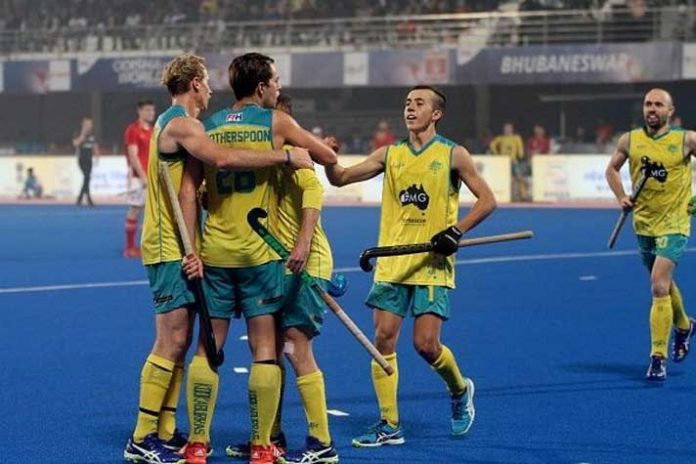 A failure to repeat the feat of the earlier two editions, when Australia have returned home with the prestigious trophy from New Delhi and the Hague, Netherlands, will derails the Kangaroos’ build-up for the 2020 Tokyo Olympic Games.

Australia will be playing the FIH Men’s World Cup 2018 in Bhubaneswar for ‘money’. Literally. Chief coach Colin Batch has had no qualms in confessing that retaining the title will be crucial to the team’s funding for the Tokyo Olympic Games. The Australian government could withdraw team’s funding for Olympics if they perform below expectations.

“It’s very important that we continue to get the funding. Of course, it’s linked to our performance. It was good to have the funding consolidated right till Tokyo 2020. The team has earned that with their performances over the last two years. It has given a lot of encouragement,” Batch has said in Bhubaneswar as the team prepared for their tournament opener against Ireland.

“We would like to perform well here, because then the players will get more funding as well. They know that, so it goes on. If we are knocked out in the early part of the tournament here, then that can affect our funding. So, it’s very important to play well here and be successful.  The Aussie group has a proud history. We are defending our title here and we are looking it as a challenge. That’s our approach.”

Australia besides claiming the 2010 World Cup crown on Indian soil, have also won the Hockey World League (HWL) final here last year. The coach draws inspiration from the performances. “We continued to improve during the tournament (HWL Final). We could not win a game in the group stage but we drew three games against quality opposition. We made it to the quarterfinals and our hockey improved significantly from there.

“We have got some belief from that tournament that we can continue to improve at whatever level we start at. Earlier this year we have got some success in the Commonwealth Games and the Champions Trophy. Each tournament creates different obstacles.”