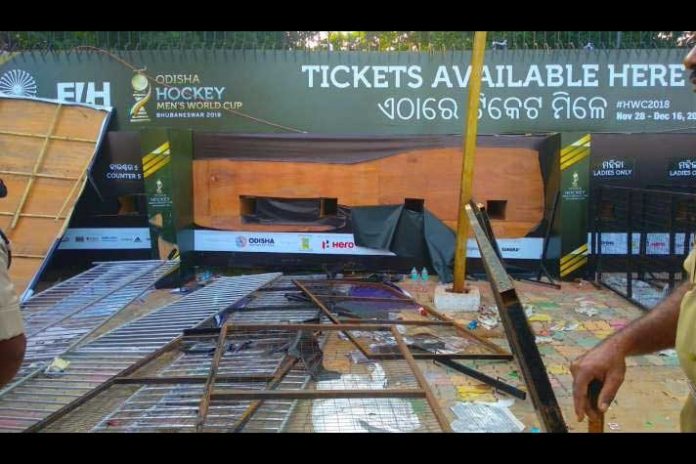 The high demand for the FIH Hockey Men’s World Cup in Bhubaneswar is organisers and sport’s administrators delight. But it became enthusiast fans disappointment when they had to return from the ticket window empty handed.

The tickets for the World Cup opening ceremony are all sold out. The disappointed and furious fans, who failed to get their hand on to the tickets, vandalized the ticket counter at gate No 9 of Kalinga Stadium.

The fans were in the queue to avail tickets of the inaugural ceremony of the event, which will be attended by top celebrities like theBollywood superstar Shah Rukh Khan.

The fans waiting in the queue as the ticket windows were closed, displaying “no tickets” signage. Fans alleged that mismanagement by the authorities has led to the shortfall of tickets.

The Government of Odisha is not just promoting the Hockey World Cup, scheduled to begin from November 28 at the Kalinga Stadium here, but the State is also the principal sponsor of Hockey India, the national governing body for the sport.