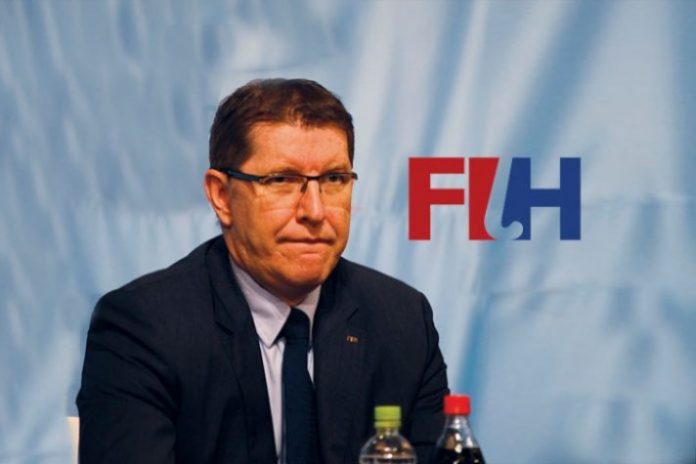 The decision to award hosting rights of the men’s hockey World Cup to India for the second consecutive time in 2023 was purely based on merit, world body (FIH) CEO Thiery Weil said on Tuesday.

The International Hockey Federation (FIH) CEO Thiery Weil said that the decision of giving it to India instead of Malaysia, completely makes sense, considering the financial viability of the sport in a country like India.

“I am coming from another sport which is football, where whenever we orgainsed an World Cup, we have been extremely criticised to have created white elephants,” Weil said in a tele-conference with Indian journalists from Lausanne.

“So, in that sense I am extremely happy that we as a sport have decided to re-use venue like Bhubaneswar for the second time because there was a lot of effort and investment went in to build this venue, which currently to my knowledge is the best venue we have,” he said.

India will, thus, become the first country to stage four men’s Hockey World Cups after having hosted the showpiece in 1982 (Mumbai), 2010 (New Delhi) and 2018 (Bhubaneswar). The Netherlands’ had hosted three men’s tournaments.

“The bid was an open one. There were quite a lot of good bidders, including Malaysia. Actually it was decided taking into factor India’s commercial relevance and high financial contribution. FIH needs financial revenues. India did an extremely good job of putting everything on table,” Weil said.

“Some of the countries that bid didn’t have the infrastructure and needed huge investments. We made the decisions that make complete sense and completely viable for our sport.”

Well said FIH needs revenue to keep its flagship event, the Pro League lasting for a long time and India’s introduction in the second edition of the league will be big plus for the sport.

“Having a country like India in the sport makes a huge difference to be honest because with the size and population of the country and with the hockey lovers in India, it’s definitely a big plus.

“But we know we have to increase hockey around the world, we need to do more development and more development you need more revenue and the way to generate revenue is to have a country like India a part of the sport,” he said.

FIH CEO believes that Pro-League will help them sell the product showcasing best of hockey from top teams.

“I am convinced that the major purpose of the Pro League is to have more home games and showcasing the best of hockey against two top teams.

“I totally believe and it is the mission of the FIH along with participating nations is to sell this product and make people understand it’s not just another friendly game but the result of this game can lead a team to be the best team in a year, next to Olympics.”

India will make its debut in the Pro League against the Netherlands at Bhubaneswar in January next year.

The FIH CEO also informed their plans of introducing quite a few changes from the second edition of the Pro League, including abolishing the year-end grand finale and also introducing relegation system in future.

“We have done two things. First of all not just because of the Olympics we changed the number of travels but also for the welfare of the players. We have also decided to not have a grand finale at the end of the season and shorten the league.

“This has been done for two reasons one is to give the national teams 6 to 8 weeks to prepare for the Olympics. But I myself feel there is no better way to prepare than play at the Pro League 6 months ahead of the Olympics,” Weil said.

“We should stick to the league system where at the end of the season the team which has collected most points will win the league,” Weil said. He also informed that FIH also plans to introduce relegation system to make the league more exciting.

“We have plans to introduce relegation system after 4 years to make the bottom of the league more interesting. And as you know we have now introduced the Intercontinental Cup where the next best 8 teams will play and the winner of that will be promoted to the Pro League,” he added.