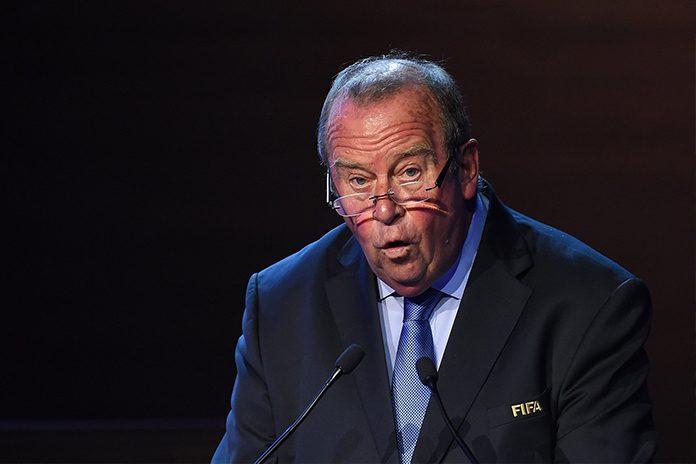 FIFA’S medical chief wants no more Premier League action until next season – with all football resuming in September. Michel D’Hooghe compared the deadly coronavirus pandemic to World War Two, adding: “The world is not ready for competitive football. It is not a matter of money — it is a matter of life and death.”

The Belgian’s demands were described as “sensible” by Brighton striker Glenn Murray. And they are a huge blow for hopes of a summer restart as the Prem has been eyeing a June 8 restart.

D’Hooghe warned: “If there is one moment where absolute priority should be given to health and medicine, it is this.

“That is why I ask everybody to be very careful before starting competitions again. “I will be happy if we can have nothing before the start of next season. “If they could start the 2020-21 in September they could eventually avoid a second attack from the virus.”

His stark warning came as France became the first of Europe’s big five leagues to officially end their season. And D’Hooghe, head of FIFA’s medical committee and a former member of the game’s ruling executive committee, slammed any plans for behind-closed-doors matches.

Meanwhile Premier League Club Chiefs meet on Friday on way forward
UEFA have set a May 25 deadline for European leagues to decide if they intend to play their current campaigns to the end. And while the top-flight clubs are pressing ahead with plans to finish the season behind closed doors, most lower division teams are not in a position to return to action. Premier League clubs will meet again on Friday to discuss the government’s ‘Project Restart’ plan to get football going again.
With more than £750million of TV revenue at stake, England’s elite teams are desperate to fulfill their fixtures so they do not have to make a massive refund to Sky, BT and BeIN Sport.
A number of clubs including Arsenal, Spurs, Chelsea and Brighton have opened their training grounds this week for their players to work individually.
“There are still far too many health risks involved at the moment and I think many players and managers will be reluctant to rush back just for the sake of completing the season before the end of July said one of the team executive.