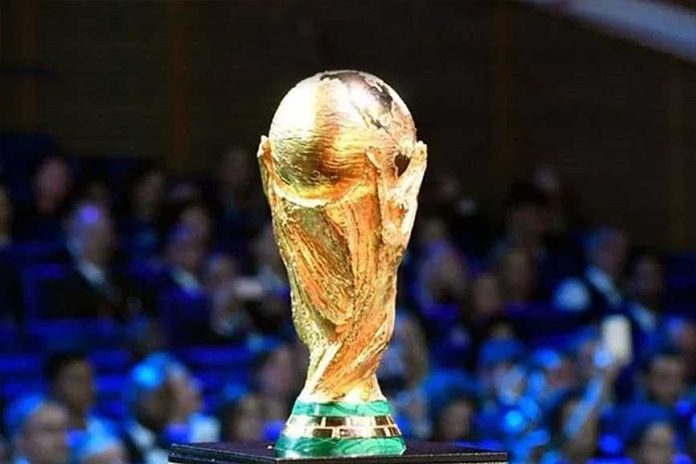 The Football Association of Wales (FAW) has confirmed that it has held talks with England, Scotland and North Ireland over a potential home nations bid for the FIFA World Cup 2030.

This comes after reports earlier in August that England’s Football Association (FA) is studying the feasibility to host the FIFA World Cup 2030 in England while also exploring the option of a joint bid along with Scotland, Wales and Northern Ireland for the centennial edition of football’s most coveted spectacle.

Jonathan Ford, Welsh FA chief executive, told the BBC that the joint proposal would be “strong and compelling”, and added that there is set to be a feasibility study into the prospect. “This is something that has come up in conversation and it is something we are looking into,” Ford told BBC Sport Wales.

“It’s no more than that and there’s going to be no news until at least midway through 2019. But there is going to be a little bit of a feasibility study to see whether or not a UK-wide bid, a home nations bid or similar, would be a powerful, strong bid. There’s a long way to go on it but it could be 2030, Fifa World Cup in the home nations – what a fantastic opportunity that would be.”

Ford’s comments come after FA Chairman Greg Clarke, this month, has said in a statement that a feasibility study for the chances to host the 2030 edition of the FIFA World Cup finals is currently underway. UEFA president Aleksander Ceferinhas has previously said that European football governing body would strongly support England’s bid.

The Scottish Football Association (SFA), with backing from the country’s government, have also confirmed the talks with England, Wales and Northern Ireland. The UK government has also pledged support to the bid involving the home nations.

Ford added that an English-led bid is the most likely outcome given the facilities required to host the FIFA World Cup 2030. “The reality is for countries like Scotland, Wales, Northern Ireland, it’s always going to be a case of having to do it in partnership with another, and the logical partner for us would be England,” said Ford.

Argentina, Uruguay and Paraguay have already announced plans to jointly bid for the 2030 World Cup, while it was reported last week that Morocco, who have failed in five bids to secure the tournament, are exploring the possibility of joining forces with Spain and Portugal in an attempt to land the competition in 2030.

England launching the bid for FIFA World Cup 2030 will see them competing against a joint bid from South American nations Argentina, Uruguay and Paraguay. Uruguay will be looking forward to mark their centenary year celebrations after hosting the first edition of the world’s most coveted football spectacle in 1930.

Morocco, who have failed in five bids to secure the tournament, are reportedly also in the fray with a possibility of joint bid with Spain and Portugal to secure the rights to host the 2030 edition of the World Cup which will see expansion form 32 to 48 teams. The bid, if succeeds, will mark the first ever first pan-continental World Cup.