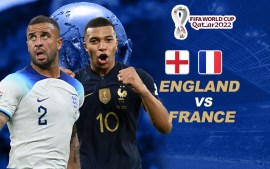 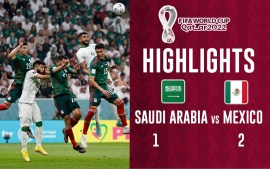 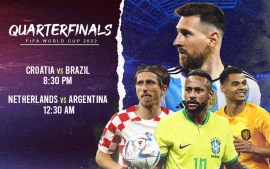 FIFA World Cup 2022 – England Football Kyle Walker: England & Franch teams have suffered BIG SETBACKS ahead of their FIFA World CUP campaign. Kyle Walker has injured himself and is in serious doubt for the 1st GAME.  Meanwhile France has a whole new issue on their hands as Christopher Nkunku has been ruled out of the tournament. Kolo Muani has replaced Nkunku in the French squad: Follow FIFA World Cup LIVE Updates with InsideSport.IN & FIFA WC LIVE Streaming with Jio Cinemas

Kyle Walker is set to miss England’s first game against Iran on 21st November as he is recovering from a groin injury. The Manchester City defender was a doubt after undergoing surgery last month but Gareth Southgate decided to include him in the squad. 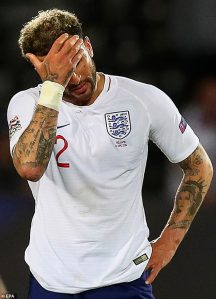 When Walker was asked about his availability for their game against Iran, he said, ‘That is down to the manager. I think the first game is a little too short but after that I will be good and ready to go.’ England has quite a couple of options at RB and it is rumored that Southgate is going to pick Kieran Trippier to start against Iran.

France has to do without another player in Qatar as Christopher Nkunku got injured in training a couple of days before the start of the World Cup. He was tackled by Camavinga while France was training and that injured his knee on his left leg. Further tests proved that his involvement in Qatar would be zero.

Christopher Nkunku is out of the World Cup after picking up a knee injury during the French national team’s training today pic.twitter.com/mxjiYQ1Gyx

Southgate will not need any new reinforcements as Walker should be fit from the second game onwards for the Three Lions. Didier Deschamps has called up Randal Kolo Muani to replace Nkunku in France’s squad.