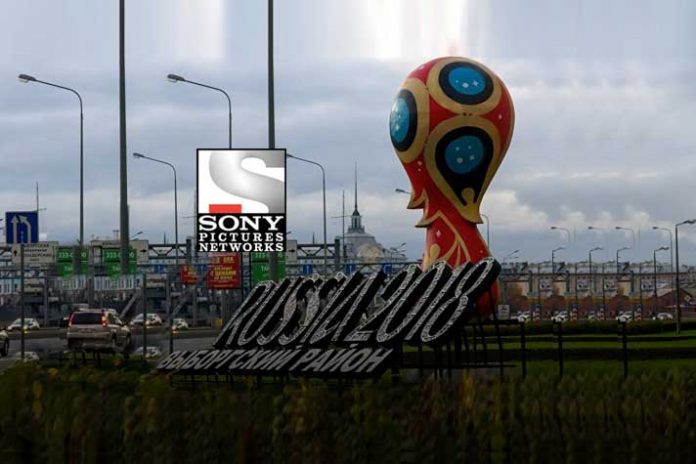 In an interesting development, Sony Pictures Network India, the official broadcaster of FIFA World cup 2018 in the Indian Sub-Continent has warned streaming sites in India and the neighbouring countries against the unauthorized broadcasting of the matches. India-based law enforcement agency Mark scan, which works with Sony, has issued this warning.

According to the World intellectual property review website, MarkScan on behalf of Sony has warned the potential defaulters with strict note saying, “Our client [Sony] will be streaming the matches and content related to FIFA World Cup 2018 in the Indian sub-continent countries on its web and portal Sony Liv, which is the official internet and mobile broadcaster of FIFA 2018,” read the letter.

The email, sent to unnamed streaming sites, explained that Sony has the exclusive rights to broadcast, re-broadcast and transmit competition matches in India, Bangladesh, Bhutan, the Maldives, Nepal, Pakistan and Sri Lanka.

The companies were informed that they cannot stream the competition through any platform including the internet, mobile, television and radio.

The letter added that Sony will be showing the live matches and content related to the FIFA World Cup in various languages across a number of different channels, such as ESPN (which is operated by Sony in India), that are designated as the official broadcasters of the competition.

The recipients of the letter were warned that any form of communicating or making the viewing of the FIFA World Cup available to the public will violate Sony’s exclusive rights.

“By way of the present caution notice issued to you, we caution you and your website not to indulge in any broadcasting without the written permission/authorisation from our client,” the streaming sites were warned.

“We will be monitoring your activities for any act of infringement of the statutory and contractual rights of our client and shall be compelled to initiate legal proceedings (civil and/or criminal) should you engage in the violation of our client’s rights despite the present notice.”