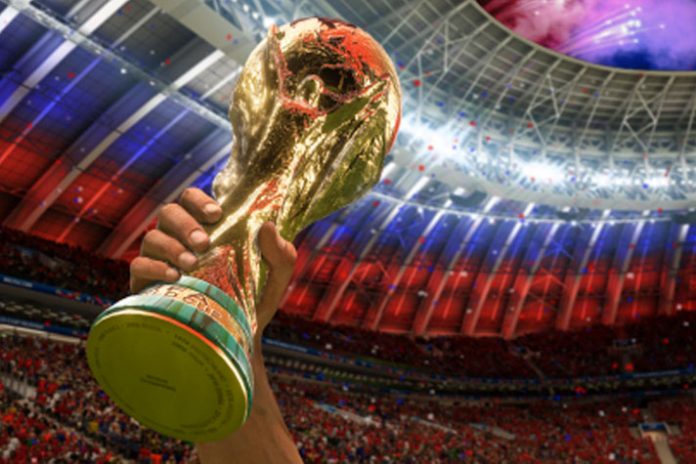 The cost for organising the FIFA World Cup 2018 in Russia has been 33 times more than India’s total allocation for sports in the interim budget last month.

The Russian Local Organizing Committee (LOC) for the FIFA World Cup in its last meeting has revealed that the country spent $10.6 billion (₹75,000 Crore) on successful organization of sports world’s second largest spectacle after the Olympic Games.

The organization committee chairman Arkaday Dvorkovich while addressing his last meeting revealed that majority of thisUS$10.6 billion spending on the World Cup 2018 came from the state budget. The report, prepared by Russian World Cup organisers, also claimed that the tournament created up to 315,000 jobs per year in Russia and would still have an impact on the economy over the next five years.

The Monitoring Council of the Russia-2018 LOC had gathered for its last session in Moscow on Wednesday. “A sum of about 700 billion rubles (US$ 10.6 billion) was spent on the organization of the world championship,” Dvorkovich told journalists after the session. “The larger part of this sum was allocated from the federal budget.”

Meanwhile during the meeting LOC Chairman also announced that FIFA will allocate $60 million to a Russia 2018 World Cup legacy fund to help develop the sport in the country following last summer’s tournament which was widely praised as among the best ever editions of the event.

“FIFA will allocate at least $60 million for the legacy program. The amount will be used to support and develop children’s, women’s football and infrastructure,” said LOC chairman Arkady Dvorkovich, TASS reported. “We agreed to continue working on the legacy program and its content – this is the most important thing. The legacy program is being discussed by the Ministry of Sports, the RFU (Russian Football Union) and FIFA.”

FIFA created a similar fund for the last World Cup in Brazil, which saw the South American nation receive a reported $100 million.

The FIFA Council hailed the Russia World Cup, which was the 21st edition of the tournament and was won by France, as the best in history at a meeting in October.

FIFA President Gianni Infantino had said after the World Cup that Russia staged “the best World Cup ever”. According to the Russian Federal Agency for Tourism, some 2.9 million foreign visitors had arrived in Russia last summer for the FIFA World Cup.

In late December, FIFA had announced in its statement that the 2018 FIFA World Cup in Russia set a new record of audience in the history of world football championships as over half of the world’s population watched matches on TV at home, out of home or on digital platforms.