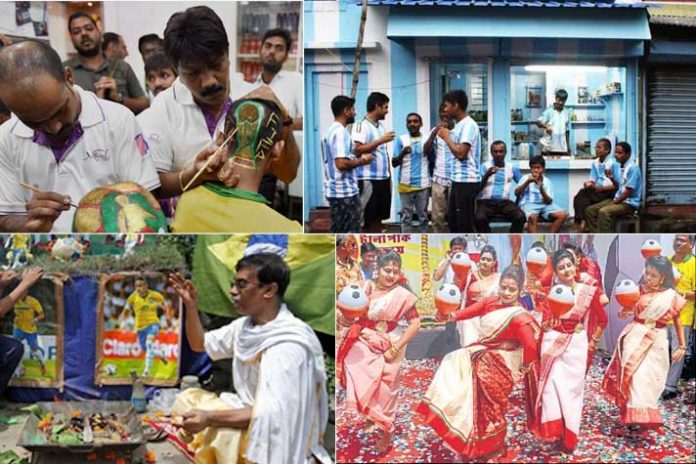 There are only 32 teams in action in Russia, but FIFA World Cup is a global event. In India the fans are setting new examples to support their ‘Doosari Countries’. InsideSport.co brings to its fans five pictures from the length and breadth of the country to establish how FIFA World Cup fever is gripping India. 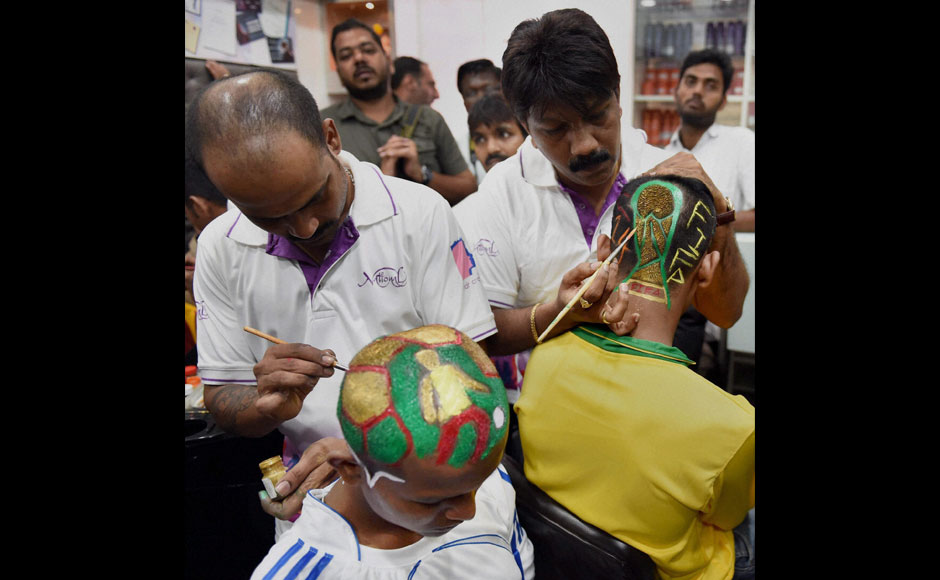 In Mumbai, FIFA World Cup 2018 fans are set to break all barriers in support of their Doosari Country and the quadrennial tournament’s 2018 edition in Russia. These young fans have got their hair cut and painted as the FIFA World Cup trophy and a football. 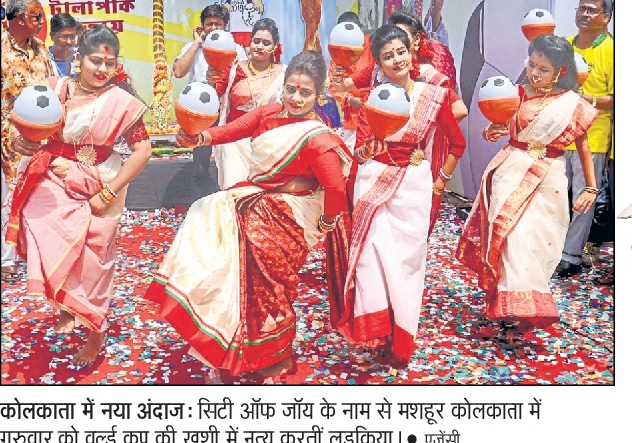 Girls in Kolkata, the City of Joy and football Capital of India, attired in traditional Bengali dress welcomed the FIFA World Cup 2018 with this dance presentation – a fusion of football and Bengal culture. 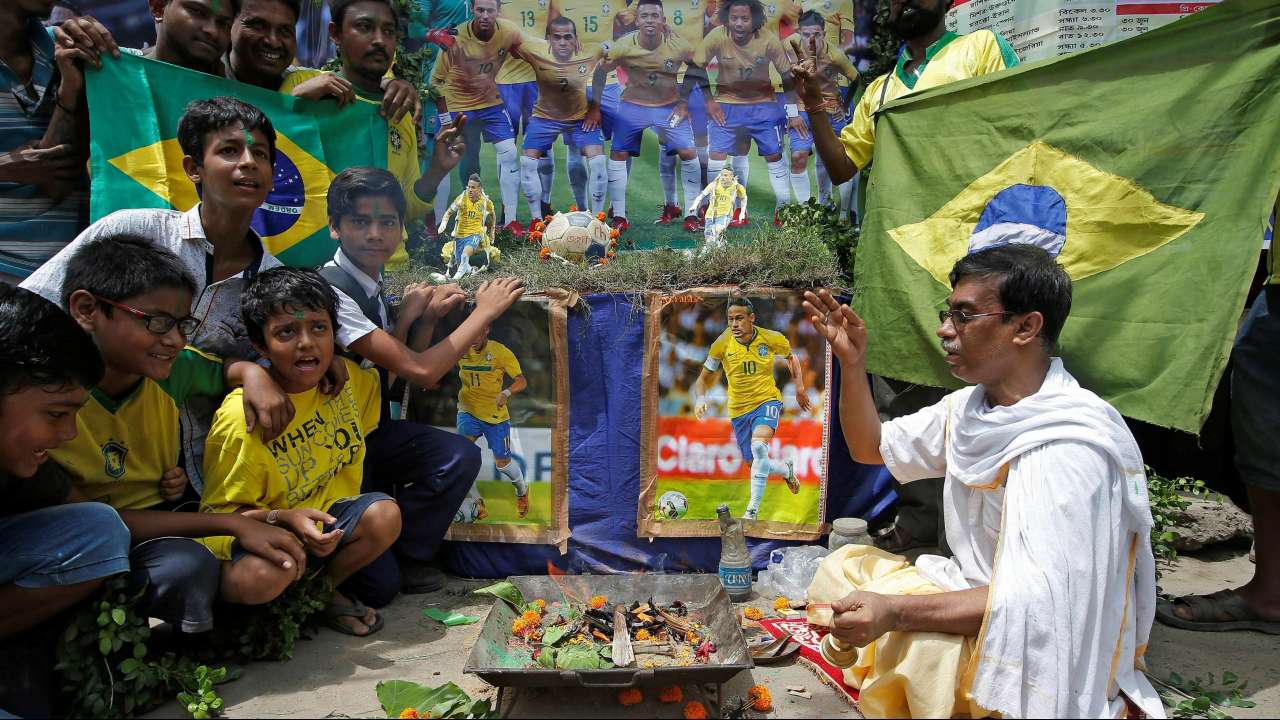 The Howrah , the city on the outskirts of Kolkata with an unparalleled passion for football, has a large number of Brazil team fans. To exhibit their support and wish their favourite team, they organised a Havan and performed Puja for Brazil’s good performance. 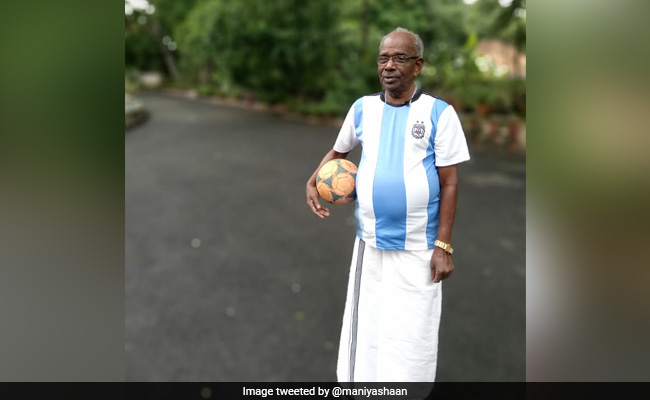 In Kerala state minster MM Mani dressed up in the Argentine blue and white T-Shirt with traditional Kerala ‘dhoti’ (lungi) to express his support for the Lionel Messi-led squad. He also carried a football in hand while posing for a snap in his Argentine fan attire. 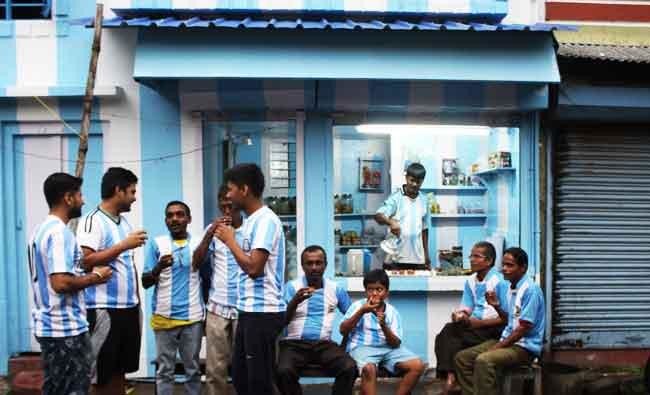 This tea stall in Kolkata has become an Argentina Team unofficial fan hub. The tea stall owner has painted his shop and the house with sky blue and white stripes, while most of the team fans turn up to the stall to discuss about and support their team.