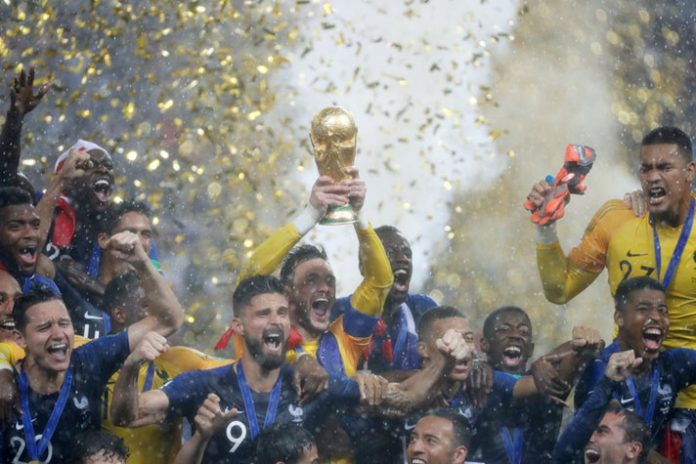 With over 50 million viewership on Sony Sports Cluster channels and the OTT platform Sony LIV, the FIFA World Cup 2018 final between France and Croatia has created a record for the most watched football match in India.

The 2018 FIFA World Cup Russia has broken viewership barriers with over 250 million viewers tuning in to the tournament in India. The “greatest show on earth” which was telecast live on SONY TEN 2, SONY TEN 3 and SONY ESPN channels and live streamed on SonyLIV app & website, garnered over 250 million viewers across 64 matches played until the end of the tournament, Sony Pictures Network has stated in a Press release.

The broadcaster has also released the key viewership highlights for all 64 matches of the tournament (SPN Sports Channels + Sony LIV):

• The 64 LIVE matches of the FIFA WC 2018 have been watched by 110.5 million viewers across India on the Sony Pictures Networks India (BARC, All India, CS2+, LIVE matches, SPN Sports Network+terrestrial network)

• The final match between France vs Croatia was watched by 51.2 million viewers – The highest reach for any FIFA World Cup match till date (BARC, All India, CS2+, SPN Sports Network+terrestrial network)

• Females have contributed to 47% of the tournament reach till date (BARC, All India, CS2+, LIVE matches, SPN Sports Network)

“We are extremely excited by the success of the 2018 FIFA World Cup Russia with the viewership meeting all our expectations. This definitely reflects the passion the sport is seeing in India and Sony Pictures Networks India is proud to be associated with this tournament and to have provided viewers unparalleled viewing experiences through unique and innovative ideas and initiatives,” said Rajesh Kaul, Chief Revenue Officer – Distribution & Head – Sports, Sony Pictures Networks India.