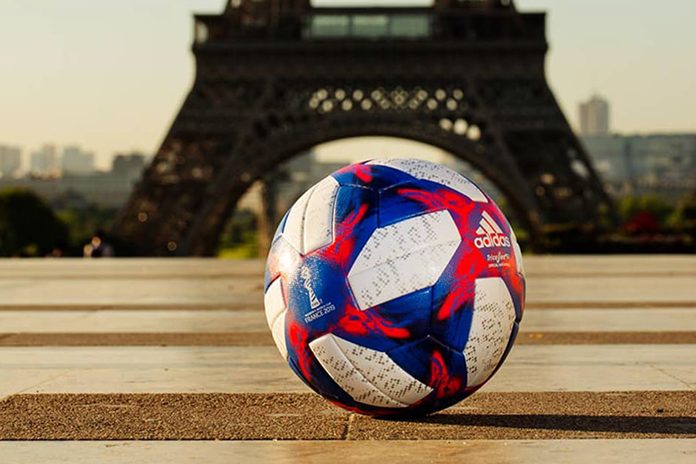 The knockout phase in the FIFA Women’s World Cup 2019 will begin tomorrow (Saturday) as Germany take on Nigeria in the first pre-quarter-finals encounter in Stade de Alpes, Grenoble.

The new round of matches will also see new match balls on the field.

FIFA has introducing the Tricolore 19: the Official Match Ball for the Knockout phase of the FIFA Women’s World Cup France 2019.

The newly designed Tricolore 19, an update of the Conext 19 played in the Group Stages, features a mono-panel aesthetic displaying a blue glitched graphic, FIFA has confirmed in a report at its official website FIFA.com.

The refreshed design is inspired by, and named after, the adidas Tricolore created for the 1998 FIFA World Cup. It was this year that France last held the competition, with the host nation also taking the trophy, becoming victors for the first time and on home soil.

The ball will be used for the first time on Saturday during the first Round of 16 matches of the competition, and be available to purchase via adidas retail channels.