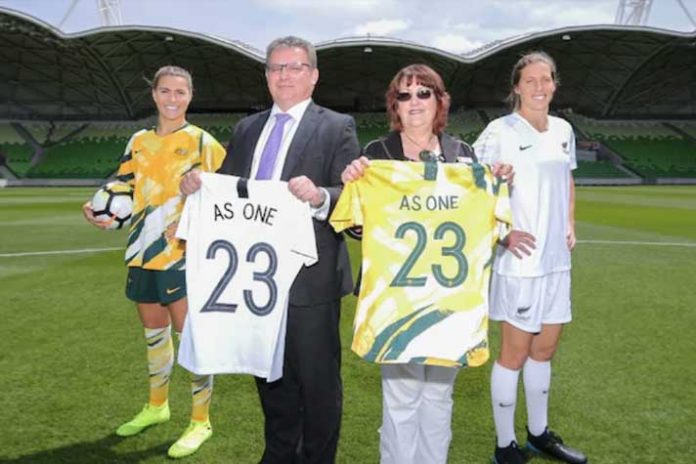 Australia and New Zealand have launched a joint Tasmanian bid to host the 2023 FIFA Women’s World Cup, while South Africa has opted out of the race for the hosting rights of the quadrennial tournament.

Japan is another nation to have formally submitted their bid. The World Governing body for football, FIFA had launched the bidding process for hosting rights of the 2023 Women’s World Cup in February this year.

Australia and New Zealand have launched their joint bid today (Friday). As FIFA plans to increase the Women’s World Cup finals from present 24 to 32 teams, the facilities in the two nations would suffice to meet the requirement of the prestigious competition.

“Australia and New Zealand have a successful history of both staging and co-hosting major international sporting events,” Australian Sports Minister Richard Colbeck is reported as saying. “We have the infrastructure, expertise and enthusiasm to co-host the FIFA Women’s World Cup 2023.”

New Zealand Sports Minister Grant Robertson said the joint bid, under the slogan “As One”, was an opportunity for the two countries to showcase their commitment to women’s sport.

“New Zealand and Australia are both countries that champion and celebrate women’s sport, and it has been no surprise to see the football community, stadia, host cities and states across our two countries embrace this bid,” he said.

Meanwhile, South Africa had since opted out of the bidding process, whereas Japan is another nation to have confirmed their bid.

“We resolved that as an Association we should not proceed with the bid,” South African Football Association acting chief executive Hay Mokoena had said. “We want to strengthen our women’s national league first before we invite the world to come and play. Definitely, we will consider doing 2027 and we think, by that time, we will have a stronger women’s league and a much stronger women’s national team.”

Japan Football Association President Kozo Tashima has confirmed that “We don’t want to one-up other bids, and we don’t want to compare ourselves to other bids. We’ve submitted a bid that contains the best tournament Japan can run.”