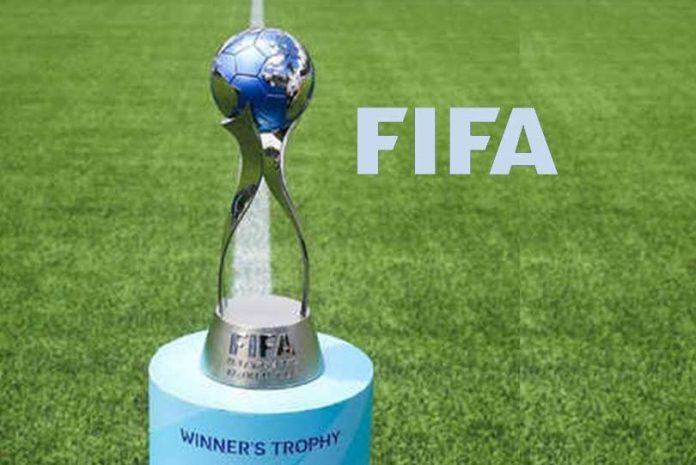 The postponed FIFA U-17 Women’s World Cup in India was on Tuesday rescheduled to next year from February 17 to March 7 after the world body made a “thorough assessment” of the situation arising out of the COVID-19 pandemic.

The tournament was originally scheduled to be held from November 2 to 21 this year but was postponed last month due to the coronavirus outbreak, which brought global sports activities to a grinding halt.

FIFA announced that the tournament will keep its original eligibility criteria and allow “players born on or after January 1, 2003 and on or before December 31, 2005” to compete.

“Following a thorough assessment of the impact of the COVID-19 pandemic and the subsequent recommendations made by the FIFA-Confederations COVID-19 Working Group, the Bureau of the FIFA Council has taken the decision to confirm the proposed new tournament dates, subject to further monitoring,” the FIFA said in a statement.

The tournament will be held at five venues in the country — Kolkata, Guwahati, Bhubaneswar, Ahmedabad and Navi Mumbai — and competed among 16 teams, with hosts India being automatic qualifiers in what will be the country’s maiden appearance in the U-17 Women’s World Cup.

“I assure full cooperation and support to make it a grand success,” Rijiju tweeted.

The All India Football Federation (AIFF) president Praful Patel, under whose leadership the country successfully hosted the men’s U-17 World Cup in 2017, promised an encore.

“Delighted to share the new dates for the U17WWC, which will now be held between Feb 17 to Mar 7, 2021. I would like to thank all our stakeholders for their continuous support over this period. AIFF & LOC remain committed to delivering a historic tournament,” Patel tweeted.

“The dates were confirmed after taking into account the time needed to complete the UEFA, CONCACAF, CAF, OFC, and CONMEBOL qualification tournaments as well as the best possible conditions in the country to host a successful FIFA U-17 Women’s World Cup,” the LOC said.

Before the tournament was postponed, the only qualifying event that could be held was for Asia from which Japan and North Korea made the cut.

Five remaining qualifying events — that of Africa, Europe, Oceania, South America, and Central, North America and Caribbean — saw a halt due to the ongoing global health crisis, which has affected millions worldwide.

The LOC stated, “We are now looking ahead and hoping to host a wonderful tournament that will give women’s football in India, the perfect platform to grow and develop.

“All the host cities have put in a lot of effort and commitment so far, and we are happy that the new dates will allow them to make up for the lost time and provide momentum going forward.

The official schedule of the tournament was announced in February, and Navi Mumbai was to host the final.

“All the stakeholders, including the Ministry of Youth Affairs and Sports, have been supportive of the decision keeping in mind the health, safety and security of everyone involved, especially the teams and fans,” the LOC stated.

“The LOC will continue to work together with FIFA, and we remain fully committed to hosting a memorable and successful tournament,” the organising committee added.