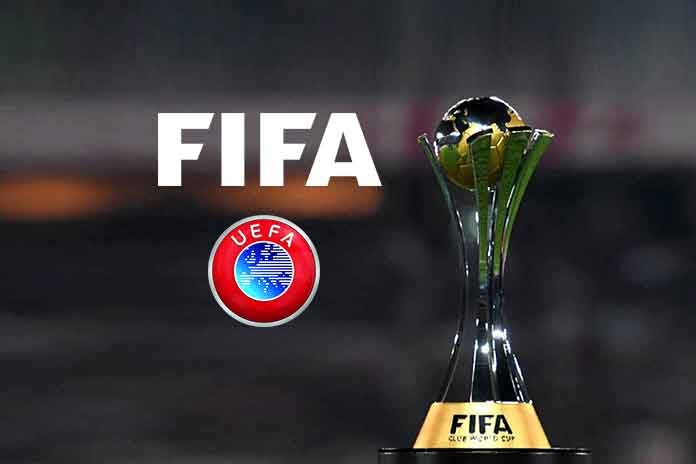 UEFA, the governing body of football in Europe, has strongly opposed FIFA’s plan to reconsider the revamp of Club World Cup and introduce of a new worldwide nations’ team league as a part of $25 billion proposal from a Saudi Arabia-backed consortium of investors.

While FIFA president Gianni Infantino has been wooing the council members to consider the plans for the new tournament, UEFA is fearing that the additions in the annual calendar may pose a threat to its flagship properties including Champions League, Europa League, European Championship and Nations League which made its debut this year.

The $25 billion proposal will be reconsidered at a council meeting of soccer’s world governing body in Kigali, Rwanda on Friday, after it was shelved early this year for the lack of transparency on the offer and the air of mystery around the investors’ identity as curtailed by the FIFA president that time.

The controversial tournament revamp will be backed by a $25 billion investment from a consortium that includes Japanese conglomerate SoftBank, the Saudi Arabian sovereign wealth fund and the United Arab Emirates. The investors, under the deal, are seeking the rights to both the tournaments for atleast three editions with rights to complete commercial autonomy.

According to a report in US daily The New York Times, European council members could walk out of proceedings should Infantino attempt to force through his plans for the pair of new, lucrative competitions. The UEFA members are opposed to how the new tournaments would alter the world soccer schedule and devalue its Champions League, one of the biggest and most viewed leagues around the globe.

In May, Uefa President Aleksander Ceferin told European Union ministers: “As long as I am Uefa president, there will be no room for pursuing selfish endeavours or hiding behind false pretences. I cannot accept that some people who are blinded by the pursuit of profit are considering to sell the soul of football tournaments to nebulous private funds.

“Money does not rule — and the European sports model must be respected. Football is not for sale. I will not let anyone sacrifice its structures on the altar of a highly cynical and ruthless mercantilism.”

The new-format club competition, if successfully adopted, would see 24 club teams – including 12 from Europe – competing in a quadrennial tournament, which will replace the existing Club World Cup played in December every year. The second tournament would be a global league of national teams, and would replicate UEFA Nations League introduced this year. It would be played under a different format from the quadrennial World Cup.