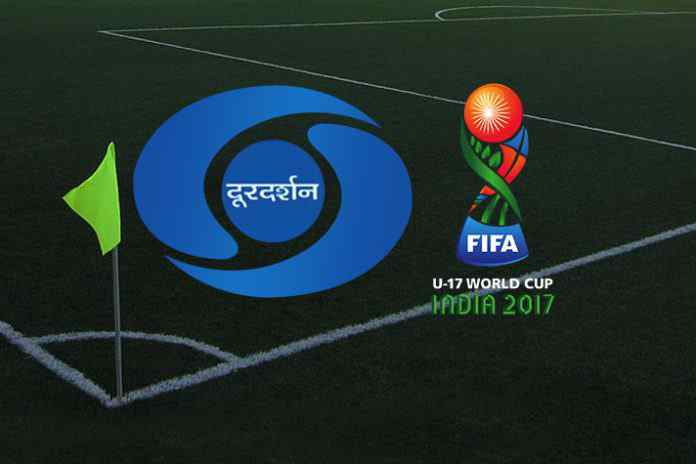 The FIFA Under-17 World Cup will be reaching out to every single television screen in India. Those who have no access to the television will have an opportunity to hook on to the running commentary on AIR.

Doordarshan and All India Radio have made elaborate arrangements for free-to-air broadcast of the biggest football event on India soil. Even as Sony Pictures Network India is the official TV broadcast, internet, mobile and radio rights holder for the Indian Territory, Sports Broadcasting Signal Act 2007 makes it mandatory for the private sector broadcaster to share the signals with Prasar Bharati, the parent of Doordarshan and All India Radio. Thus, the rural India which has no access to the pay channels will not be deprived of the global football action between the future stars of the game.

All the matches will be telecast on DD Sports which will be available on its terrestrial and the free-to-air FreeDish platform. Following recent court orders, DD has already forbidden cable TV networks or other private DTH platforms from beaming the DD signals.

Live commentary of the matches would also be available over AIR’s FM Rainbow network, programmes of which were aired from over 30 stations across India, and additionally over Primary Channels (MW) of Capital AIR stations in Delhi, West Bengal, Kerala, Goa, Maharashtra, Punjab, Jammu & Kashmir, Sikkim, Assam, Meghalaya, Arunachal Pradesh, Manipur, Mizoram, Nagaland and Tripura. Daily reports would also be broadcast over all Capital AIR stations (MW) and FM Gold network on the days following match days.

The 24 teams are divided into six groups of four each; the host India is in the Group A along with USA, Colombia and Ghana. They will play all their group matches at the Jawahar Lal Nehru Stadium in Delhi on 6th, 9th and 12th October respectively.

To get the full schedule of the FIFA U-17 World Cup, click here.