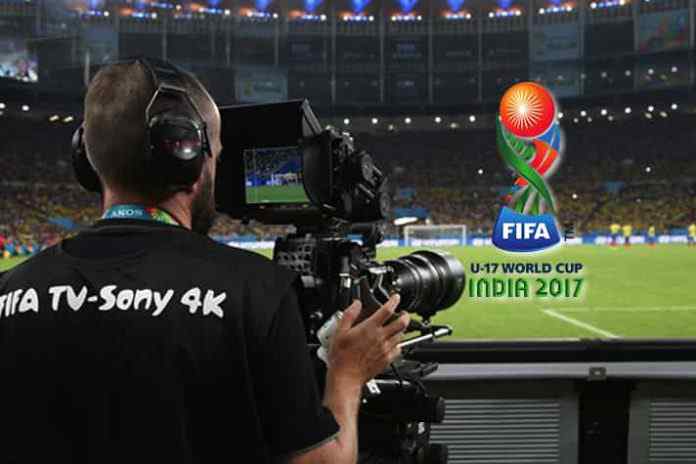 Football is the global game in true sense. As the ball sets rolling for the FIFA Under-17 World Cup India 2017 on Friday, October 6, a host of 187 countries will have access to the action live. The World governing body for football, FIFA has syndicated television, radio, mobile and internet rights for as many as 187 territories. Across four continents.

beIN Sports, Econet Media, Star Times and Supersports International will collectively be beaming the World Cup action to the 56 territories in Africa. Direct TV Latin America is the largest broadcast network to cover a majority of 48 American territories. Fox Broadcasting Company and Fox Sports are the other key broadcasters for the region. EuroSport and European Broadcast Union will primarily be catering to the European nations.

FIFA has also made elaborate arrangement to make the World Cup action, features, behind-the-scene video and pictures and interviews on its official website – FIFA.com

For the Indian fans, Sony Picture Networks will be beaming three simulcast feeds in English, Hindi and Bangla. Sony holds all the media rights for the Indian territory. The broadcaster has dedicated six channels for the 22-day World Cup action starting on Friday, October 6.

However, beIN Sports is the single largest broadcaster for Asian region.

For the Indian football fans, national broadcaster Doordarshan and All India Radio will provide free to air coverage of the World Cup action.

Even as Sony holds the broadcast rights for the Indian territory, it is mandatory for the broadcaster to share the beam with Prasar Bharati, the parent body for Doordarshan and All India Radio.