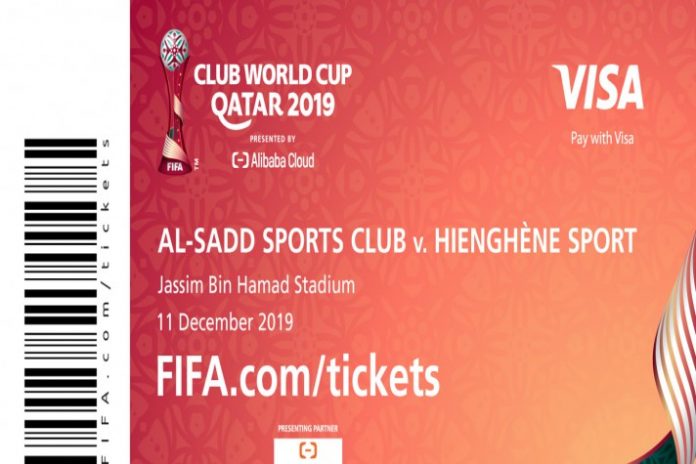 The FIFA Club World Cup has announced exclusive pre-sale of tickets for Visa cardholders. The presale will run from today (Wednesday) to October 31. Last-minute ticket sales will start in November.

Visa cardholders can purchase tickets to see the club champions of each confederation, along with Al Sadd SC representing hosts Qatar, battle for the highest honour in global club football. This exclusive opportunity will be available at FIFA.com/tickets until October 31.

Fans purchasing a single ticket for double-header match days will be able to attend both games at the stadium. Re-entry will not be allowed. Ticket holders will be able to download and print tickets purchased from FIFA.com/tickets at home, states a FIFA Press release.

The last-minute sales phase will begin in November and will run until the end of the tournament. During that period, tickets will also be available for purchase on FIFA.com/tickets.

Matches will be played from 11 December until 21 December at three venues in Qatar. The full match schedule can be found here.