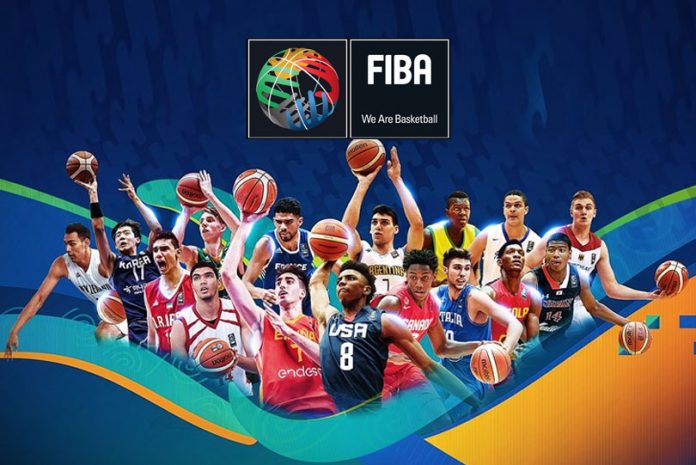 Lars Haue-Pedersen Managing Director, Burson Cohn & Wolfe Sports Practice said, “Social media has become an integral part of sports business, and it continues to be a strong driver in how sports organisations communicate and engage with fans and new audiences. However, as social media channels are not a one-way street, its successful use should not be taken for granted.”

“It is important to keep in mind that social media is not only a platform from which to showcase the sport, but also the place where the true relationship with fans starts. It is the starting point where a community can be cultivated – and where users can contribute to a unique experience around the sport itself.”

The study has not only highlighted that FIBA has remained strong on social media over the course of 2019, but that FIBA 3×3 has gained significant momentum over the year, climbing up to third on the ‘Highest Number of Page Likes’ on Facebook. 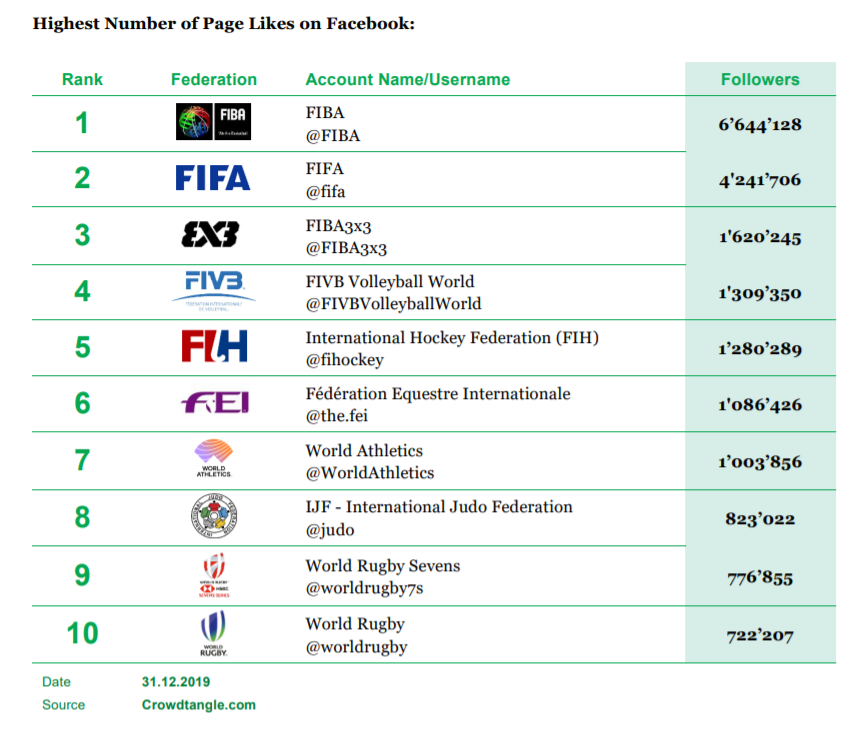 FIBA 3×3 made its way to the front with noticeable presence in various categories of the study and has finished first in ‘Most Total Views’, ‘Most Shares’ and ‘Most Interaction per Post’ on Facebook.

Category leader FIBA 3×3 provides high-quality video content with highlights of 3×3 basketball games and off-court stories that are perfectly suited for a young and digital-oriented audience and instigates a lot of interactions. 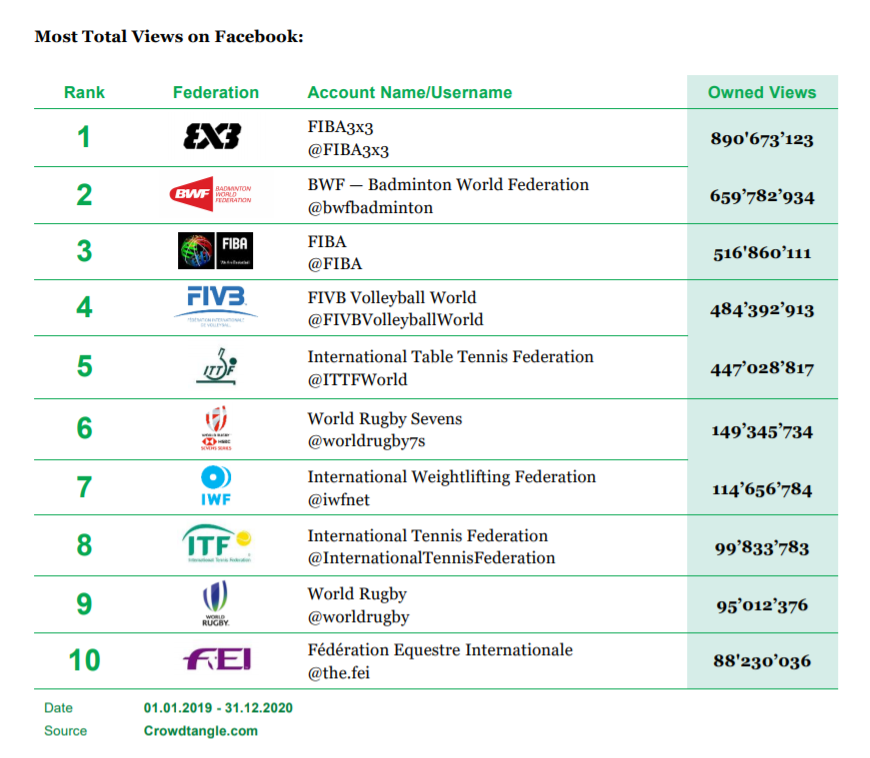 FIBA 3×3 social media views more than tripled in 2019. The community also expanded tremendously with 65% more fans on Instagram and 47% on YouTube. Last but not the least, engagement was unprecedented which can be clearly seen in this report. 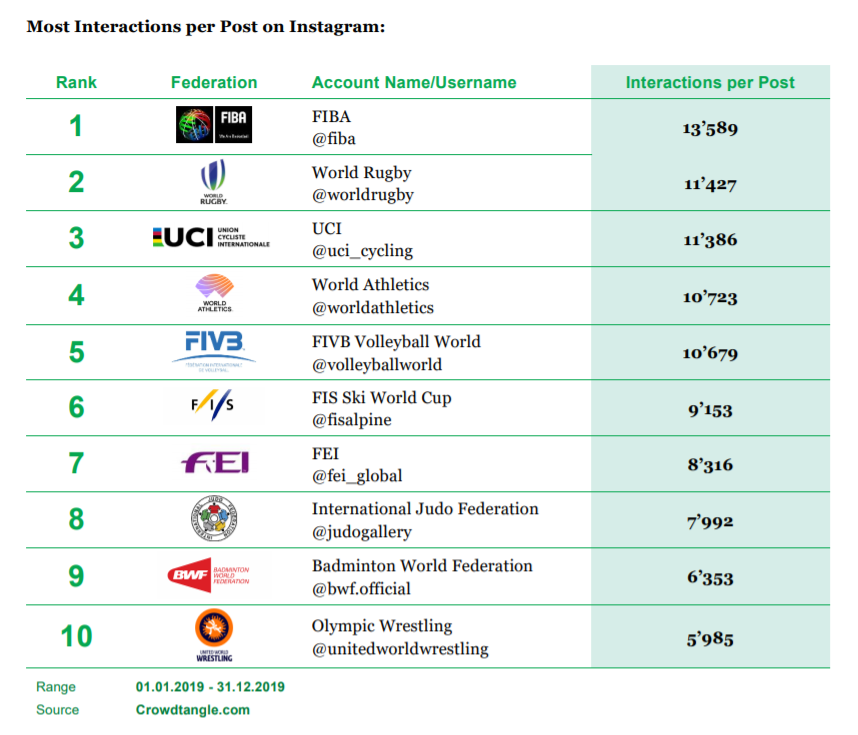 FIBA also ranked in the top 5 for the most impactful individual posts on Instagram and Facebook, claiming rank 1, 3 and 5, for the year. FIBA also ranked second behind FIFA on LinkedIn and first on Periscope.