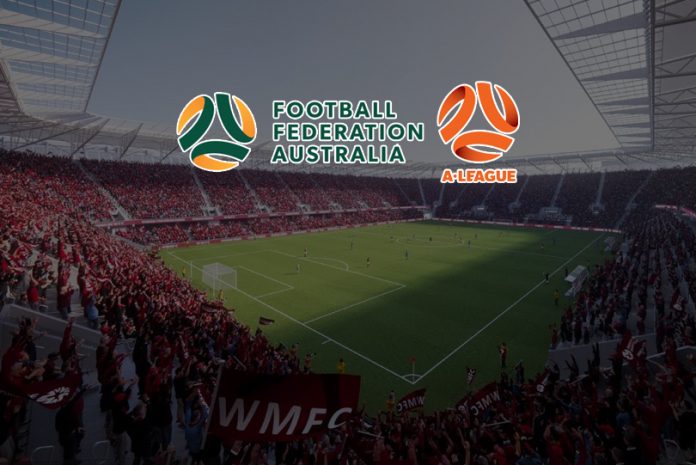 Football Federation Australia (FFA) confirmed on Monday that the A-League would resume on Friday after a four-month hiatus, with three Melbourne teams in quarantine at a hub in western Sydney.

Australia’s top flight was originally to resume on Thursday with a match between Melbourne Victory and Western United but an outbreak of COVID-19 in Melbourne forced a schedule rejig.

Sydney FC will instead kick off the restart against Wellington Phoenix at Jubilee stadium on Friday.

Melbourne Victory, Western United and Melbourne City were relocated to Sydney over the weekend and are serving out a 14-day quarantine period.

“We have faced many challenges over the past week since we released the original match schedule and it will need a few tweaks to reschedule the Melbourne teams considering their relocation to Sydney,” FFA Head of Leagues Greg O’Rourke said in a statement.

The league is attempting to jam the final 27 regular season matches into four weeks, with the “Grand Final” championship decider planned for Aug. 23.

Ensuring the season resumes smoothly has been a chore for the FFA, who were caught off guard when New South Wales authorities closed the state border with Victoria last week leaving the three Melbourne teams stuck until they received travel exemptions on Friday.

The Melbourne teams are confined to a hotel in western Sydney and were tested on Monday after a player showed COVID-19 symptoms over the weekend, local broadcaster SBS reported.

If all test results come back negative, they will be cleared to train on Tuesday.

The A-League will have limits on game-day crowds to mitigate infection risks.

A crowd of 4,500 have been permitted for the Central Coast Mariners’ clash with Perth Glory at their home in Gosford, north of Sydney.

“Our members have been so important for us and so supportive during this time, and it’s fantastic that they can attend our first match back,” Mariners CEO Shaun Mielekamp said.