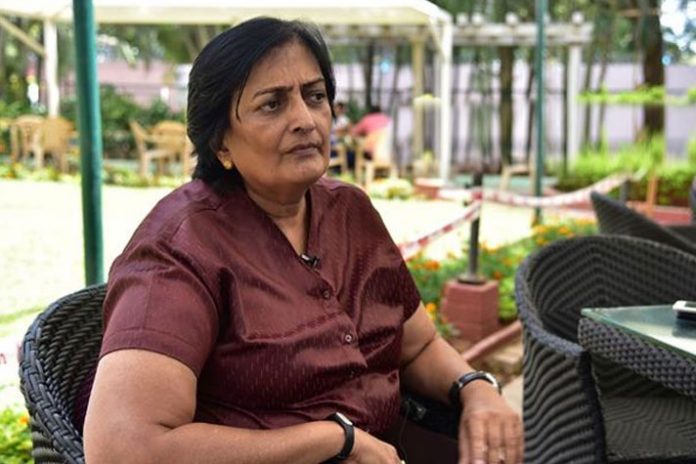 Former Indian women cricket team captain Shantha Rangaswamy, who is set to be a part of the powerful nine-member apex council in the Board of Control for Cricket in India, says she never imagined that any woman cricketer will “storm the male bastion” that the Indian cricket board is.

Shantha is set to get elected unopposed in the Indian Cricketers’ Association (ICA) elections and will be its female representative on the BCCI apex council.

“Never ever in my dreams, I imagined I would be sitting on the board. I did not even imagine a male cricketer on the board, let alone us. Some may be cursing the Lodha reforms but it is only because of that, we finally have a voice on the board. It is like storming a male bastion,” said the 65-year-old cricketer.

Shantha, who played the game when women’s cricket was neglected and not recognized by the BCCI, said female representation in the country’s cricket board is a giant leap for the sport. She is the first woman recipient of BCCI‘s lifetime achievement award and it was under her captaincy that India won a Test series for the first time.

After the formation of the apex council, Shantha will push her five-point vision for the growth of women’s cricket which has now become a viable career option with the support of BCCI. She wants the retired international women cricketers to get the same pension as former Ranji Trophy cricketers, if not more.

Shantha also wants retired domestic cricketers to get BCCI pension and an increase in the match fees of current domestic players who she claims are paid as much as the U-19 boys.

“I am not saying the Ranji cricketers don’t deserve the pension they are getting, I only want the women international cricketers to come at par with them. And domestic cricketers getting paid as much as the U-19 boys is unacceptable,” said Rangaswamy.

She also ruled that in the last 15 years, not much has been done to promote coaching among women. “Many level 2 female coaches have been deprived of graduating to level 3. They have not been able to enter professional coaching. I am not saying a reputed male cricketer should not coach the national team but women can at least be part of the support staff,” she argued.

Rangaswamy also wants the BCCI to conduct a pan-India under-16 tournament besides having inter-zonal competitions at the senior level. “Your feeder line will come from under-16 tournaments. It is imperative to have them,” she added.

Also Read: Will BCCI elections take place as per scheduled?

Afghanistan vs Scotland Live Score: Back to back wickets for Mujeeb Ur Rahman, Kyle Coetzer & Calum MacLeod depart – SCO 28/3 (4 ov)...

Afghanistan vs Scotland Live Score: Back to back wickets for Mujeeb...