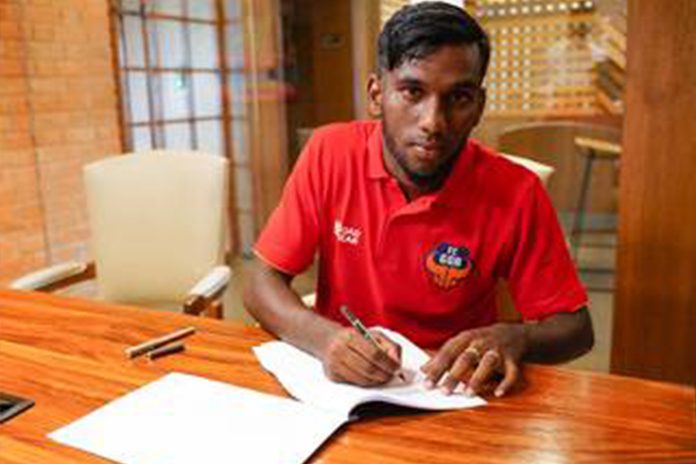 Winger Alexander Romario Jesuraj has joined FC Goa on a three-year-deal, which will keep him at the club until the summer of 2022, the franchise announced Wednesday.

The 22-year-old Jesuraj made 34 appearances for I- League side Chennai City FC across previous two seasons, ending 2018-19 with a winners medal.

Romario was happy to join FC Goa and praised their style of football.

“I am very excited to join the best club in India.

I watched them play last season and understood that this is the type of football that I wanted to play,” the winger was quoated as saying in a release issued by the club.

The Tamil Nadu youngster will be sent out on loan to Mohun Bagan for the upcoming season, the release said.