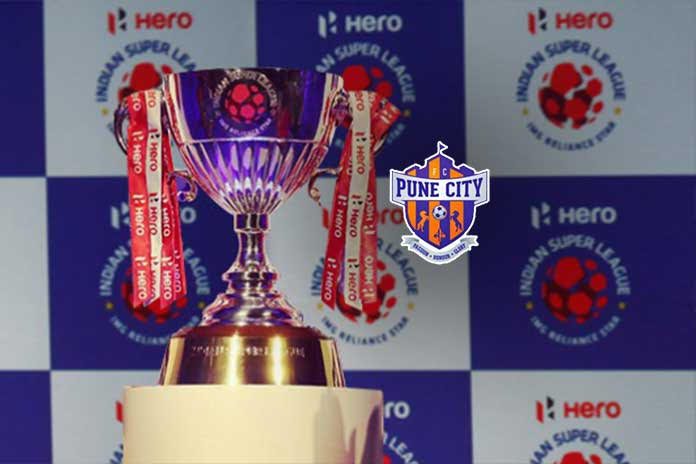 Indian Super League has failed to live up to expectations and deliver to the stakeholders to strive and thrive in the competitive world of professional sports. While the ISL clubs are struggling to even come closer to break even, Pune City FC has reportedly become the first club to land in trouble due to heavy deficit accumulated over the five seasons.

The club, reportedly in an estimated deficit of ₹ 150 crore, is looking for a bailout. According to national daily Times of India the talks about the club being disbanded, transferred to another ownership or moved to a new location next season are gaining momentum.

Pune City FC has been engulfed with uncertainties and confusion over ownership right from its inception in 2014. First Salman Khan was named to be a co-promoter of the club. Then Hrithik Roshan was introduced as a stake holder, but the association lasted for less than two seasons before another Hindi film celebrity Arjun Kapoor came on board as a co-owner.

Salman had gone on record to say that he never owned a stake in the Pune-based ISL franchisee.

1/4: I do not own any ISL team. My friends Dheeraj & Kapil Wadhawan had asked me to be their partner in FC Pune City.

2/4:But due to my endorsement contracts with Suzuki and Thums Up which conflict with the League sponsors, I can’t associate with FCPuneCity.

The efforts are on to bring in a new ownership or form a joint venture to keep Pune City FC afloat, TOI has reported attributing the information to “informed sources”.

“It is almost certain that things are going to change at FC Pune City next season. They were in talks with the Mumbai-City-FC for a merger but apparently that did not work out. Efforts are now on to find a buyer, so it remains to be seen whether the club will remain in the city. At the moment that looks highly unlikely,” the paper has reported.

A Pune City source has confirmed to InsideSport.co that “it’s true that the Pune City and Mumbai City ownerships have had preliminary discussions. But they could not agree to move ahead together. But, the talks about financial crunch and non-payment to the players or other associates are just baseless”.

InsideSport.co also tried to reach out to the Pune City FC management, but calls went unanswered. “Like many other clubs in ISL, we are also looking at strategic investors and this has been on for the last few years. At present, we don’t have any offers, so we can’t say whether the club will remain in Pune or not. We hope the club will (stay),” the paper has quoted a club official as saying.

This is true that even after five seasons, the ISL has not been able to deliver a financial model to assure its franchisees of a fixed revenue with a time frame to break even. Indian Premier League is an exception. Pro Kabaddi League comes closer. With the other leagues, problems still prevail.

Ironically, ISL’s graph itself has failed to move up. But for a few teams and matches, the stands have more often than not been empty. TV ratings have been on a decline, resulting in dissuading potential sponsors. Each franchisee is spending between ₹ 30-35 crore to maintain and run the team, but revenues remain limited from ₹ 15-20 crore. 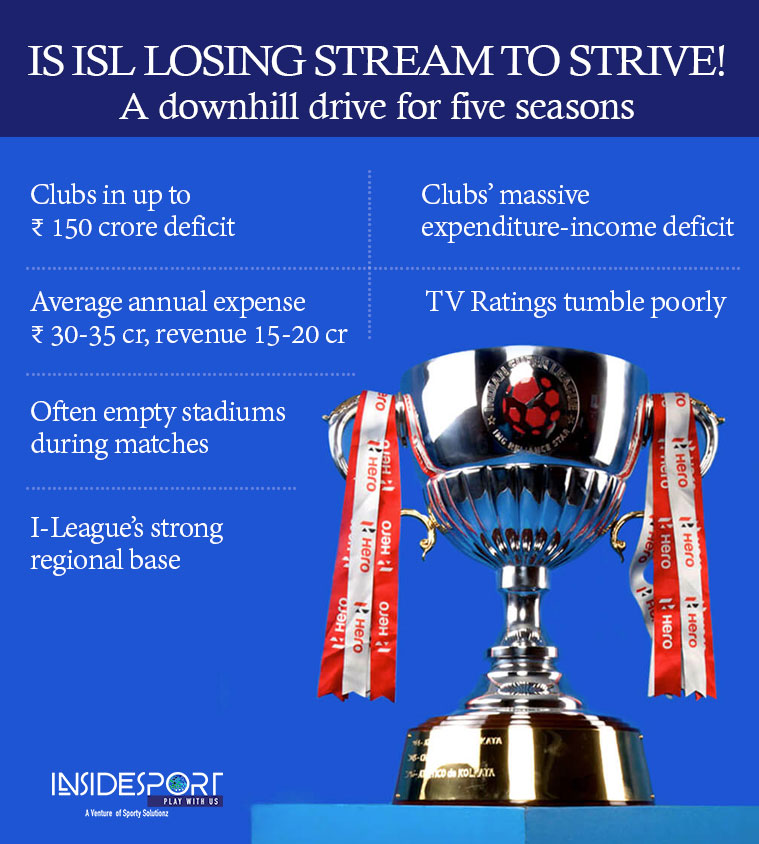 Delhi Dynamos are reportedly considering to shift their base out of the Capital or to move to a smaller stadium in the NCR. The media response to the cash-rich league has been poorer when compared to the “All-India Football Federation’s official league” – I-League.

Even though the ISL has been I-League’s envy in terms of the AIFF support and facilities, the latter has grabbed more headlines in media than the fancied premier professional football rival. ISL have few clubs like the surprise element and strong local fan base Real Kashmir and defending champions Shillong Lajong FC.