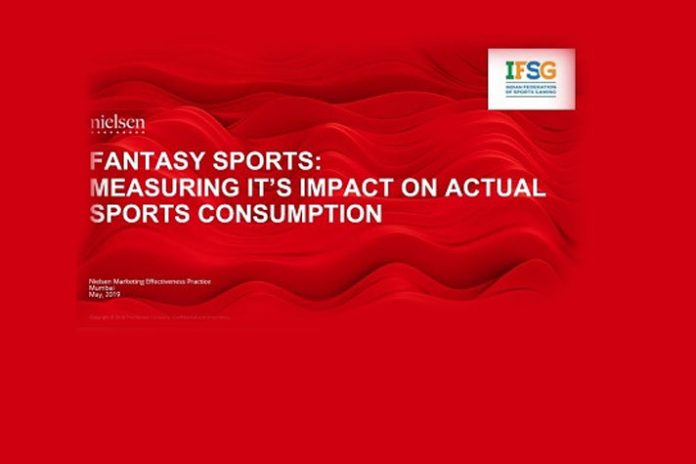 Fantasy sports players in India watch more sports than other sports persons. The revelation is made by the Indian Federation of Sports Gaming (IFSG) in a survey.

The Indian Federation of Sports Gaming (IFSG), India’s first and only self-regulatory industry body for the sports gaming sector, released a study on ‘Fantasy Sports: Measuring its impact on actual sports consumption’.

This is the first study that attempts to understand the relationship between playing Fantasy Sports and consumption of real-life/actual Sports. Owing to the convergence of sports and technology, the Indian sports fans are enjoying a truly immersive and engaging viewing experience. With the advent of affordable smartphones and high-speed internet access, there has never been a better time to be a sports fan in India.

“India is a sports loving nation. Alongside cricket which remains our most watched sport, we are witnessing increased viewership of sports like Kabaddi and Hockey as well as the advent shorter format sports leagues like IPL, Indian Super League (ISL), Pro Kabaddi League (PKL). The fantasy sports platforms are enabling casual fans to engage with the sports they love becoming core sports fans. The growth of the Online Fantasy Sports Gaming platforms is resulting in a growth in the viewership of various formats of sports. The findings validate the strong potential of Fantasy Sports in contributing to the growth of sports ecosystem of India,” said IFSG CEO Anwar Shirpurwala.

Key Highlights from the IFSG study are:

o        66% discuss with friends about the matches/ tournaments

o        62% of respondents watch different types of leagues, even when their team/country is not playing