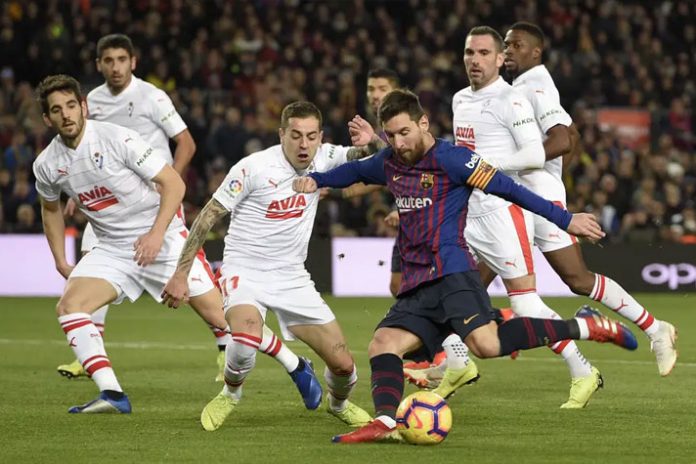 Facebook Watch, LaLiga’s official broadcast partner in the Indian subcontinent, will profile all the 20 LaLiga Santander clubs through the “Behind the Goals” series, which was  started earlier this month with a feature on defending champions FC Barcelona.

The weekly series will take fans through the history of the club, players, titles and trophies, the stadium and more about the lifestyle and culture in the region. The following weeks will see fans get inside access to their favourite clubs like Real Madrid, Atletico de Madrid, Valencia CF, Sevilla FC and more.

“Behind the Goals” is being hosted by Indian presenter, Manas Gera and Spanish social media influencer and football lover, Michenlo. Along with taking viewers through the history and trivia of the LaLiga Santander clubs, the hosts will present different aspects of the club like the fans, culture, stadiums and more. Over a period of the next five months, fans will go on an adventure to discover all 20 LaLiga Santander clubs with Manas Gera and Michenlo only on Facebook Watch.

Jose Antonio Cachaza, Managing Director, LaLiga India said, “Spain has a long and illustrious history with the beautiful game. Facebook’s latest project, ‘Behind the Goals’ will take our fans in the region through this and show them a side of LaLiga Santander clubs that they have never seen before. Our partnership with Facebook has proven to be very successful so far and we are glad that millions of fans will now get to learn more about all 20 LaLiga clubs through this series.”

LaLiga reveals strategy that keeps the match-fixers out of football

The Spanish top division football league, LaLiga, announced a first-of-its-kind broadcast partnership with Facebook in the Indian subcontinent ahead of the 2018/19 campaign. Through the landmark agreement, all 380 LaLiga Santander matches are available free of cost for fans in the region on Facebook Watch. In addition to live matches, shoulder programming including preview shows, highlights and more are offered to viewers.